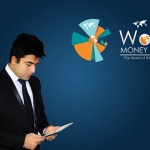 This article is written by Bilal Jafar. He is a market analyst and covers financial markets and economic developments in the US and China. He is also founder of World Money Forum and serves as the website’s chief editor.

The banking sector is considered to be one of the most important sectors in any economy. A strong financial system greatly aids a country’s economic growth. The emergence of China in the global economy is visible to everyone and their financial system is playing a big role in it.

Recently, SNL financial, which is a business intelligence firm and provides financial data, released the list of the largest banks in the world, and it showed that 4 out of the top 5 banks in the world were from China. This shows the dominance of China in the global financial system.

SNL ranks the largest banks in the world by converting their total assets into USD.

The ICBC held its position compared to 2014 as the number 1 bank in the world. The value of its assets is more than the entire value of the British economy.

China Construction Bank Corp has made decent progress compared to 2014, jumping position from number 3 to number 2, and showing a significant increase in total assets.

The Agriculture Bank of China jumped from position number 7 in 2014 to grab the 3rd spot in 2015, due to a massive increase in total assets.

The only non-Chinese bank in the top 5 is HSBC, but one important thing to notice is that HSBC actually fell from the number 2 spot in 2014 to number 4 in 2015.