Photo: Building of the National Bank of Hungary
Share this article

The biggest impact for growth was due to improvements in the European economy and the start of new projects financed by the EU. Household expenditure and an increase in net exports were some of the main positive reasons. Thanks to actions that relieved the pressure on mortgage financing, low inflation and growth in nominal salaries, the income of households grew, which encouraged growth in household consumption.

In February, consumer prices decreased by 0.1%. It was caused by slipping fuel prices and also prices for clothes and shoes while nutrition prices went up compared to January.

Inflation fell from 0.9% last month to 0.3%. Also it remains lower than the Central Bank’s goal of 3.0%, using a tolerance margin of 1.0%. Main consumer prices which don’t include unstable items like food and fuel increased by 0.1% this month. At the same time, core inflation went down to 1.4% from 1.5% in February.

FocusEconomics members predict average inflation level at 1.3% in 2016, 0.2% less than the previous month’s forecast. For the next year they believe inflation will go up to 2.5%.

The Central Bank of Hungary is ready to decrease the lending rate and change overnight rates to try to restore the inflation level, as one of the top central bankers announced.

“The central bank will do anything to achieve the inflation goal; reduction in the key rate this year is very probable,” said Mr. Nagy during a conference.

“Inflation projections have never been this low while the Hungarian currency’s performance also makes it hard to reach an inflation target of 3%,” he said.

“The forint’s elasticity has been significant. There’s a huge risk that we won’t make it to the inflation goal with this exchange rate,” Marton Nagy stated.

Annual inflation was at the level of 0.3% this February, increasing more than was predicted for a few months in a row, mainly due to lower oil prices.

The National Bank of Hungary will control its interest-rate corridor between rates for overnight deposit and overnight lending, the central bank’s Vice Governor announced. He said that liquidity and the balance sheet of the central bank will shorten by about 3 billion euros this March.

He didn’t explain how these rates will change. Currently, the overnight deposit rate is  0.1% and the overnight lending rate is 2.1%.

These statements mean a shift in the monetary policy of Hungary’s central bank while central banks of European countries as well as the ECB are struggling to find means to keep inflation rates in line with targeted levels.

Hungary used a loose monetary policy for some period of time while the policy of central bank was at the minimum level of 1.35% during more than 2 years. 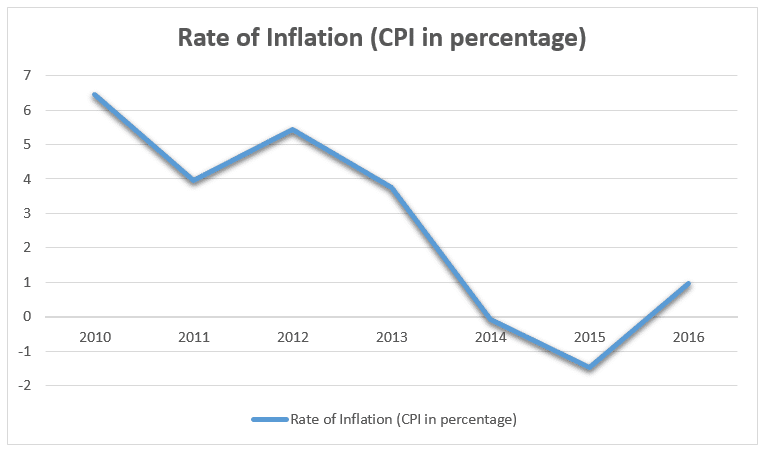 The central bank will have its meeting for discussing rates on March 22 when it’s believed that it will cut inflation targets.

Most experts expected the country to begin loosening monetary policy with offbeat actions this year, not with traditional measures like decreasing interest rates. Forecasts are changing and some specialists believe that the key rate will be shortened to 1.0% in 2016.

“Poor performance regarding the inflation target is a huge risk in the current monetary policy. There might be the need for looser conditions” Marton Nagy added.