While the European stock markets were mired in a Chinese market contagion last week, with Stoxx Europe 600 falling by -6.7%, the European bond markets by extension were remarkably calm despite suffering from an initial bout of volatility.

Although it was not without its share of critics, the European Central Bank’s (ECB) quantitative easing policy is now having a very powerful effect. In particular, many 10-year yields across the eurozone fell last week apart from those of Greece and Portugal. Greek bonds, for a long time, have been disconnected from the gauge of the wider market in the eurozone. Therefore, Greek bonds did not qualify for the ECB purchases. On the other hand, Portuguese yields rose by just 0.1%, a value that is hardly noteworthy compared to the aggregate size of the move in the stock markets. 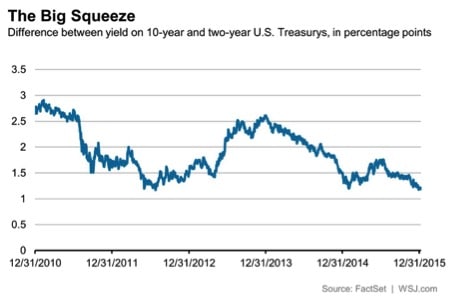 There was no re-emergence of fault lines between the northern and southern eurozone bonds in the previous week, unlike what happened in past incidents of market stress. This assumption holds possibly because European events did not cause the fear in driving markets. Therefore, the ECB purchases would insulate the bond market.

Investors in the eurozone are constantly discriminating between different governments but not in the radical way that they did when the eurozone crisis was looming. The perception of the market that there is relative government bond risk in the eurozone is still evolving.

Some of the market players that were regarded as the strongest are the greatest losers currently. Even though the Finnish bonds sailed through the crisis completely untouched, the country’s poor performance in GDP has mounted pressure on its enviable Triple-A rating.

The spread of the Finnish economy over Germany has gradually widened over time, hence hedging close to the figure posted by France. Meanwhile, the constant torpor in France’s economy suggests that the country faces higher risk compared to Belgium, even though the latter has a higher debt burden equivalent to 109.7% of its total GDP.

Ireland is in the lead

Currently, Ireland has made the best progress since the culmination of the eurozone crisis. The 10-year yields realized on Irish bonds rank only 0.1% higher than those of France. Buyers placed orders for EUR 9.6 billion last week for a newly announced EUR 3 billion worth 10-year Irish bond; an indication of increased appetite for this bond.

In the meantime, investors are nor reacting to the specific risks that are critical to the eurozone. The appointment of a new Catalan president who strongly favors independence has triggered the push for the formation of a national government as the yields of the Spanish 10-year bond rise acutely. Similarly, Italian bonds have also done well as the prospects of growth of the country’s GDP brighten further.

The ECB’s policy is creating a happy medium: shielding different governments from external influence without eradicating fundamental signals arising from the underlying economies. This is not an easy trick to just pull off given the fragmented nature of the wider eurozone market.