SafeCharge International Group Ltd (LON:SCH), the LSE AIM-listed provider of payments services, technologies and risk management solutions for online and mobile businesses, has just released to investors its interim results for the six months ending 30 June 2016. The reports show that the first half of 2016 was another period of strong performance and delivery for SafeCharge.

Operational highlights for the period included: acquiring services performing ahead of expectations, with more than 10% of transaction volumes processed through its own acquiring platform in June; significant new customer wins, with PaddyPower Betfair, Sun Bingo and SBTech now live, with a strong pipeline; progress in new focus sectors such as airlines, retail and games; processing volumes, core processing business, of $4 billion; and divestment of FinTech AG holding. 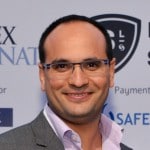 David Avgi, CEO of SafeCharge, said: “The operational momentum built over the last two years has continued into the first half of 2016. This has enabled SafeCharge to deliver further growth, reporting revenues of US$52.2million (H1 2015 US$ 49.5 million) and Adjusted EBITDA of US$16.8 million (H1 2015: US$15.2 million).

The first half of 2016 was a period of further success and growth for the Group. I am proud to report that several of our latest innovations in technology based payment solutions have been successfully rolled out to serve our clients. Whilst we continue to advance in our core verticals, the Group has made exciting progress in entering our new target sectors and over coming months we will focus and invest further to build our sales teams in order to further accelerate entry into these sectors.”

SafeCharge’s directors say growth in the second half is expected to be more moderate than the first. However, considering the quality of clients both recently launched and within the current pipeline, they are confident of growth prospects into 2017 and beyond. Yesterday we reported that the group has reduced its employee headcount in Israel. 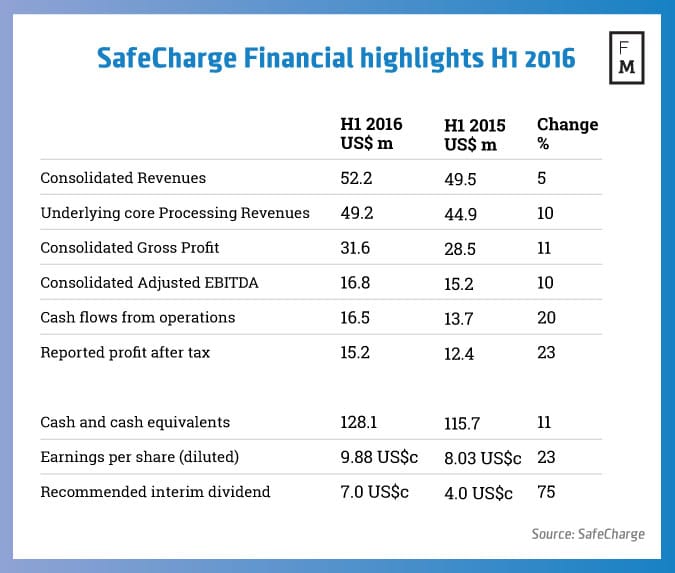