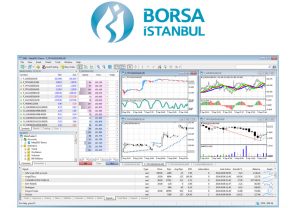 MetaQuotes has announced that its MetaTrader 5 (MT5) platform has become compliant with Borsa Instanbul. With the integration, the MetaTrader 5 gateway will connect with Borsa Istanbul, allowing for brokers to provide traders with access to trade VIOP section futures and options on the exchange. Created in April 2013, Borsa Istanbul was the result of the merging of the Istanbul Stock Exchange, Istanbul Gold Exchange and Derivatives Exchange of Turkey into one united venue. According to MetaQuotes, the VIOP section of the Borsa Istanbul reached a record high of 3 billion in daily Turkish lira ($1.35B) denominated trading at the end of 2013 and has 280 members. MetaQuotes’ intentions for MT5 to become compliant with the Borsa Istanbul were announced in 2013, with integration expected to have been completed last year.

The integration continues MetaQuotes’ strategy of completing platform compliancy with major exchanges around the world. Past integrations include the Chicago Mercantile Exchange, Warsaw Stock Exchange and Australian Stock Exchange in 2013. Their 2012 integration with the Brazilian BOVESPA led to the platform being launched by local broker XP Investimentos, earlier this year.

Unlike its MetaTrader 4 platform which was created with a focus on non-exchange traded securities such as forex and CFD trading, MT5 provides gateway access allowing for direct messaging of data and trades to exchanges and liquidity venues. In this regard, in addition to non-FX brokers who have already signed up to offer customers exchange trading with the platform, Forex Magnates is aware of at least one large US-based firm in advanced discussions with MetaQuotes about offering MT5 to their equity and derivatives traders.