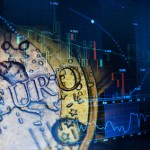 A week after the forex world turned upside down due to the Swiss National Bank removing its peg on the EUR/CHF exchange rate, the market braced itself for more volatility as the ECB was set to meet last Thursday. Prior to the meeting, nearly every major broker either temporarily increased margins or warned their clients about pending activity. The anxiety prior to the event ultimately was with merit as the EURUSD sank to eleven year lows, with prices dropping below 1.1200 on Friday from a previous level of above 1.1600 on Thursday.

But how were trading spreads during the meeting for the EURUSD from forex brokers?

Using data provided to Forex Magnates from a new trading community called TradeProofer, we get a glimpse of how broker spreads reacted to the move. The data comes from TradeProofer users who connect the spreads and execution of their MetaTrader 4 accounts to the community for analysis. Using the data, TradeProofer provides crowdsourced broker spread and execution analysis which members can use to determine the execution quality of the broker.

In this first image, we get to see spreads move in real time right before and after the ECB released its prepared stated at 12:45 GMT. The x-axis are EURUSD spreads and the y-axis is the amount of brokers quoting each spread point.

In this image, we get average spreads during the 12:40-12:49 period from brokers being tracked by the TradeProofer community network. (click to enlarge)

easy-forex will make tradeproofers job much easier, as our spreads are not variable and dont depend on market volatility. Even during NFP, ECB or any other market moving event, we offer guaranteed stops with no slippage.

Nicolas I understand fixed spreads but how can you guarantee stops with no slippage during news events? This isn’t possible with ECN accounts? it’s possible with Market Makers but those brokers won’t keep winning traders for long before there trades are no longer in house but moved to the LPs when trader consistently makes money…

emails to tradeeproofer bounce back as recipient not found.

Hey Jon, thanks for noting, we just fixed it, please send your email now!

Nicolas, a 3bps fixed spread in EURUSD is not something I would advertise..

No offense, but Easy-forex comes constantly on the last page on our broker cost comparison engine, BrokerCompass.com, there’s still room for improvement.