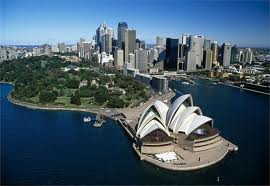 A panel of senior fx officials constituting some of the leading central banks will meet in Sydney tomorrow for an annual meeting, whose focus will likely entail the malignant string of probes alleging charges of fx rigging and collusion.

Indeed, while the meeting is a routine annual event, officials from central banks will need to grapple and discuss the litany of allegations and investigations into currency fixings that have already led to the dismissal and suspension of numerous traders. From the United States to New Zealand, banks across virtually every region have faced a brush with regulatory authorities, however no individual or financial institution has thus far been convicted formally.

Facing an industry-wide pandemic pressure from regulators, the Bank of England and European Central Bank are among those that are sending fx officials to the meeting in Sydney – an event that will be headed by Guy Debelle, the Reserve Bank of Australia’s Assistant Governor. This marks the second event in as many months that features Debelle in a major role on the overall forex market. The verdict and findings of numerous forex probes are slated to be decided this upcoming November in the G-20 Summit in Brisbane, Australia.

Leading up to this event tomorrow however, several banks have launched domestic investigations to comply with regulatory authorities, as well as making bids for immunity. While an entanglement of regulators does seem to be largely focusing their efforts in a coordinated manner, a definitively unified response on behalf of forex market participants has been largely absent thus far.

At this juncture, allegations against global banks include outright collusion via chatrooms and voice-based trading, as well as general rate rigging though the exchange of information regarding the daily fix in a $5.3 trillion dollar-a-day market.