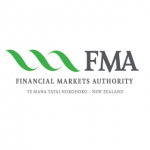 New Zealand’s Financial Market Authority (FMA), has announced the launch of Phase One in its initiation of new regulations in the country. Changes in the country’s financial regulation have been scheduled to take place for a number of months with an initial timeline published last September. The new guidelines are expected to lead to sweeping changes in the retail forex industry due to New Zealand becoming a home of many brokers due to an accommodating process for foreign firms to become registered in the country.

While the FMA provides guidelines for local financial firms doing business in the country, also existing was the ability for companies to register as foreign based Financial Service Providers (FSP). As opposed to local firms, foreign FSPs faced reduced requirements. As a result, many forex brokers registered their firms in the country, providing them with the appearance of regulatory licensing from a developed jurisdiction. However, as early as February of 2013, the FMA began to crack down on foreign firms, as it unregistered hundreds of providers who failed to meet minimum requirements, specifically in regards to the need for a local physical office and employed Compliance Director sitting in New Zealand.

With the new rules, FSPs, both foreign and local will fall under similar requirement guidelines, including compliance oversight and capital requirements. Ahead of the establishment of Phase One rules, an exodus of foreign based FSPs has already begun to take place. Among them, the first major broker to exit the country was Alpari RU, which created a new St. Vincent based entity in which existing clients were being migrated to in June 2013. According to the FMA, financial firms will have until December of this year to conform with requirements which are also being applied to foreign FSPs.

Among the requirements for new FMA licensing applicants and existing registered firms:

Overall, rules are similar to standard requirements to receive licensing from financial regulators across the globe. In terms of specific rules, the minimum requirement of $1,000,000 is viewed as the most likely item to cause a strain on foreign FSPs that are registered in New Zealand. Among the attractiveness of registering in New Zealand for foreign firms has been the availability for smaller firms to become FSPs and launch their brokerage businesses with reduced capital requirements. Therefore, with these changes, it is expected that we will see many brokers that are currently FSP registered either adopt regulation from destinations known for being accommodative to off-shore businesses or become unregulated entities. Among possible destinations is Mauritius, which we have seen an increase of brokers turning to since 2012 for their licensing needs.

While many brokers are expected to exit from New Zealand due to the increased requirements, it could lead to an increase of firms seeking regulation in Malta and Cyprus. The two jurisdictions have benefitted from demand of foreign entities created brokerage businesses in their countries to take advantage of MiFID cross-border rules to market to the greater EU. Specifically Cyprus has gained a dominant place in the industry among Russian, Israeli, and Middle East entrepreneurs creating CySEC regulated forex and binary options brokerages. However, despite the advantages, being included in the EU comes with higher capital requirements, thus putting regulation beyond the means of smaller brokers. Due to the minimums, many brokers who would have preferred to be registered in Cyprus or Malta have landed in New Zealand instead. As a result, we may see larger foreign FSPs who have the means to comply with the $1,000,000 minimums elect to register in Cyprus or Malta where they will gain the additional benefit of being able to market (legally) to EU customers.

NZ really needs tightening up before it really gets out of hand.

17..yes…seventeen supposedly different FX brokers all with the same contact address in a small office in Napier.

Now if that does not set off screaming alarm bells then I do not know what does.

NZ FMA lacks the professional and financial capital to manage any proper regulatory structure , they can barely manage their financial advisers who have no capital requirements . Running NTA calculations for them would be like trying to find out how to make cars fly . What I want the NZ FMA to do is to walk around queens street , door to door to every FX registered broker and first do a fact finding mission on why exactly these firms are in NZ , pretty sure they will find virtual address darkholes where most of the offshore Russian ,… Read more »

AusBroker, they don’t even need to walk around Queens St and knock on doors, I found the seventeen brokers all using the same address by a google search.

20-22 Munroe Street, Napier : which is the address given by this lot is actually home to a kitchen warehouse business.

Its not just the shell address issues out there , there is massive money laundering going on in NZ . The banking system is 10 years behind , along with the regulators ability to manage it . Most of the people at the FMA can barely use a computer properly much less detect complex financial fraud. Take for example , Chinese broker opens up , gets NZ regs , then sends husband or wife to NZ to become a resident . They then open a personal account at any bank or a shell NZ company to get a company account… Read more »

Thanks for some quality thoughts here.