Tzach Druker, Chairman of the Board of Colmex Israel, commented: “Colmex is glad for receiving the ISA license. After a long and meticulous process the ISA approved the firm and thus expanded the product range the group’s Israeli clients can enjoy beyond Wall Street stocks. The group will continue to offer its thousands of clients on Israel the best service as it has done so far.”

Two more Israeli trading firms are still in limbo (PROTRADE and Trade Capital Markets Ltd) operating as before while waiting for the final decision of the ISA to approve or reject them. Any operator offering retail margin trading in Israel that is not licensed or has a licence application pending is now breaking the law.

The process was very selective and drawn out. From the moment Israeli lawmakers gave the ISA the mandate to regulate this market, 21 firms applied for its licence. The regulators rejected the applications of seven firms and six more withdrew their applications themselves. It also led to consolidation in the Israeli market as we saw the remaining firms taking over market share from the leaving firms or outright taking over them as in the case of Colmex buying out Smart Capital.

After the Israeli retail FX license saga is now in its final stages the ISA seems to target another segment of the industry. The regulators say they want to put an end to Israel-based binary options call centers servicing foreign firms. 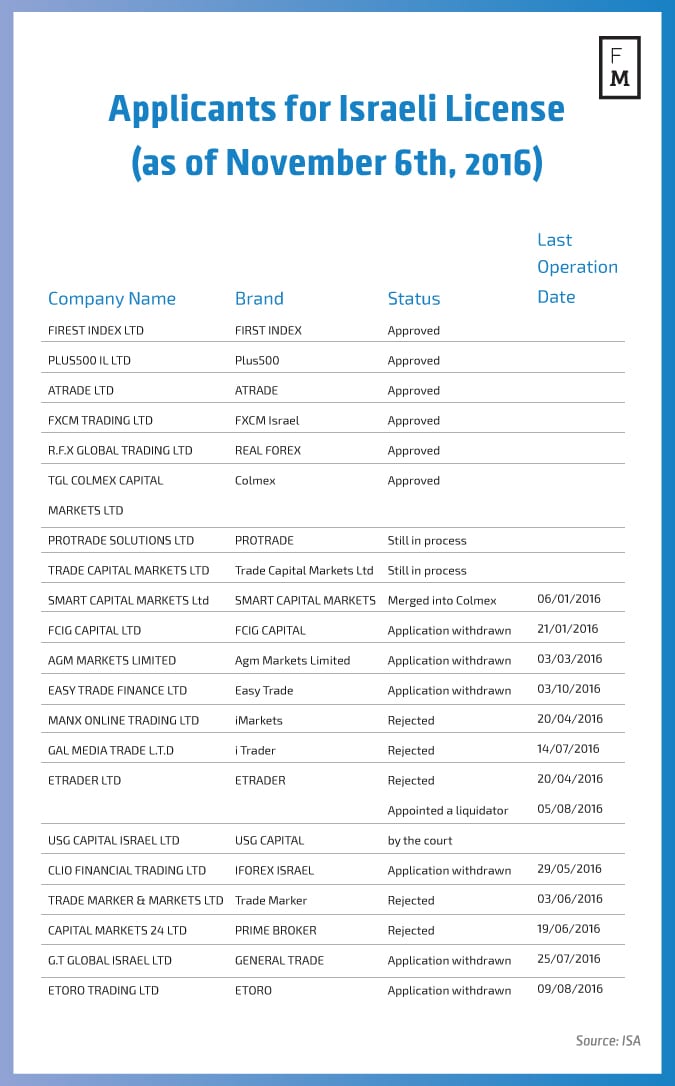