Who ever said that a regulator needs to be objective?! The Israeli Securities Authority (ISA) hasn’t exactly tried to hide its hostility to online retail brokers before with its head alluding to them being sharp-toothed predators on the hunt for innocent investors. However this type of harsh language is a step up for the body charged by lawmakers to regulate the firms long operating in the Israeli market.

Speaking at a Globes Capital Markets conference in Tel Aviv, Prof. Shmuel Hauser, Chairman of the ISA, was asked about his stance on trading arenas (as online brokers are referred to in Israel) to which he gave a resoundingly negative answer despite admitting that decisions forcing brokers to shut down should not be taken lightly.

Prof. Shmuel Hauser said: “Trading arenas, binary options arenas and the like can sometimes be used as a cover for allegedly unfair activity, which burns the money of orphans and widows, innocent investors and pensioners. This was not lost on us so we have decided that the field must be ordered once and for all.

The law passed a year ago. Today, out of 21 companies that filed requests for licenses only 11 remained and the procedure is expected to end in the third quarter of 2016. We are looking at the firms, their reliability, their capital, who the people behind them are and more. The goal is that only worthy companies will be able to operate for the good of investors.

Still, it’s important to emphasise that even when the licensing process will be completed, trading in these arenas is not suitable for anyone and it holds high risk. The companies are the counter-party to the clients’ deals and the meaning is that when the client loses the company benefits and vice-versa, thus it is different than investing in the stock market.

Additionally, last March we decided to ban offering binary options in Israel as the instrument is essentially similar to gambling and not a financial investment. I repeat and say, it is never redundant to say, be careful, don’t be tempted to invest without checking that it’s with a licensed entity and don’t be seduced by false charms of high returns with no risk.” 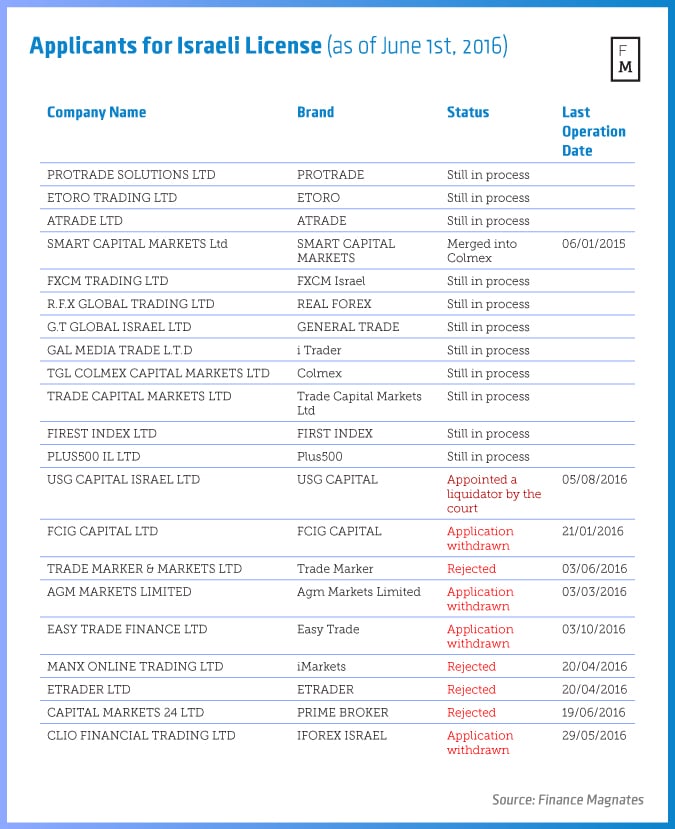 Under Prof. Hauser’s leadership the ISA has taken its mandate from the Israeli parliament to regulate the market for the benefit of traders and used it to crack down on many aspects that made it popular to begin with. Beyond the ban on binary options the ISA drafted limitations on CFDs and FX pairs that are uniquely harsh in any relevant international comparison.

Earlier this week we presented  the views of four different players in the industry as everyone is trying to figure out if the Israeli market is effectively dead and buried.

“Burn the Money of Orphans, Widows and Pensioners”

Anyone who has worked in a retention department will know that he is 100% correct in the conclusion they have come to.

Lets not kid anyone, most retail brokerages are run like this.

What an odd thing to say, ‘trading in these arenas is not suitable for anyone’

Another clown who thinks that investing and gambling are mutually exclusive………