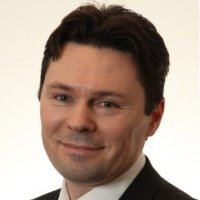 The commission was established to be a neutral 3rd party to review and resolve such issues without bias, in an effort to provide a simpler and faster resolution than through the often costly arbitration and complex legal system process traditionally afforded to the average trader. Members consist of online Forex and binary options brokers and is open to new memberships, and growing steadily since first launched with seven brokers currently listed as members, as well as the firm’s leadership expanding – with the latest addition of Mr. Bulanov.

Mr. Bulanov joins after nearly 10 years with Forex Club, once one of the top FX 11 brokers by volume in 2012 (excluding Japan), according to Forex Magnates’ research, Mr.  Bulanov will serve as the New Head of the Dispute Resolution Committee at the Financial Commission, and his experience in the field of trading and finance in general, as well as over a decade of experience in financial markets education was considered to be beneficial in helping to qualify him for the role, as described in a company press release from the Financial Commission dated February 4th, 2014.

Via his background in online and offline seminars and webinars, including trading rooms and dealing with market research, Mr. Bulanov has dealt with numerous experiences involving traders and also worked at the International Academy of Exchange Trade in Beijing, in addition to  the Forex Club in New York, as described in the official press release.