The European Commission’s attempts to restore confidence in the global financial marketplace has been applauded by governments in the European Union. The collective body of member states, the EU Council, issued a statement on the matter. The EC has been working extensively to bring back assurance in the EU financial markets after the Libor and FX rates manipulation cases.

The EU Council’s support comes as markets face another set-back with the recent Swiss franc crisis, thus putting investors back on the edge. Nonetheless, the token of support gives the market a much needed boost as sell-side firms desperately await trading flows to increase.

The Libor and FX fixing rates scandals were recognised as one of the biggest scams affecting the global financial markets post-2008 recession, involving the world’s largest banking institutes, which brought an end to a number of traders’ careers that were involved in the fraud and manipulation.

Jonathan Hill, pictured, EU Commissioner responsible for Financial Stability, Financial Services and Capital Markets Union, commented in a statement, saying, “Manipulating benchmarks amounts to stealing from investors and consumers and undermines confidence in markets. I welcome the backing given by the Council today. The proposed regulation will ensure that we have benchmarks that are robust, reliable and representative.”

The EC published a number of standards and recommendations to restore confidence in the system, these were presented in 2013, the main points addressed the accountability of data with processes for firms that contribute and supply data, for example, in reference to the administrator the proposal states: “The administrator will produce a code of conduct which clearly specifies the obligations and responsibilities of the contributors when they provide input data for a benchmark.

These include obligations on handling conflicts of interest.” 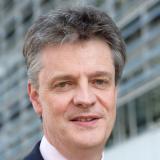 Key benchmark rates play a crucial role in the financial ecosystem; traders rely on benchmarks for a range of purposes that are primarily related to reducing asymmetric information regarding the value of the underlying traded financial instrument.

The Libor scandal was part of the benchmark rate manipulation; investigations took place in 2010 which showed that the rates were being shaped by the administrators and staff members at banks. Lloyds Banking Group was fined $161 million by the FCA in July 2014. A number of individuals were charged for their involvement in the case, in October 2014, the Serious Fraud Office charged a former Tullet Prebon over Libor manipulation.

Share this article
Tags: libor / regulation
Got a news tip? Let Us Know