Last week’s bitcoin news was headlined by an announcement from the New York Department of Financial Securities (NYDFS) that it had created proposed guidelines for the issuance of BitLicenses. The licenses would provide regulation for bitcoin companies in the financial sector. The issuance of regulation is expected to make it easier for firms to create banking relationships with existing financial companies which are important for many bitcoin businesses involved with the exchange of fiat and digital currencies.

Not everyone was excited about the prospects of the proposed guidelines. By pushing far reaching requirements such as for handling compliance, money laundering, accounting and handling customer funds, costs associated with complying with the regulation may limit those who are able to actually receive a BitLicense. Responding negatively, the newly created Chamber of Digital Commerce, issued a press release stating, “The Digital Chamber agrees that we need guardrails in these areas, but these proposed regulations are onerous and in many cases simply misplaced, with the potential to seriously injure legitimate applications of this valuable emerging area.” The release was made public in a press conference at Coin Congress San Francisco, where Chamber of Digital Commerce, Perianne Boring, addressed the media and attendees. In her remarks, Boring also added the importance of firms and people involved to comment to the NYDFS to invoke potential changes to the guidelines. Read More

It’s hard to say that dogecoin is stumbling, as its community of backers continues to be heavily involved with supporting projects around the digital currency. However, prices have been steadily declining with the digital currency trading most of July under 40 satoshis (about $0.00025), and well off all-time highs of above 225 satoshis in February of this year. Adding to problems of the coin is a falling hashrate which could make it vulnerable to a 51% attack. Providing a solution, litecoin creator, Charles Lee, has proposed merged mining with litecoin to increase its hashrate making it more impervious to 51% attacks. For cryptocurrencies, their lifeblood as a currency is the ability to limit double spending taking place. Under a 51% attack, double spending is possible by those controlling the blockchain. Read More

Interview with a Drug Dealer

Thanks to the darknet illegal goods site Silk Road, bitcoins have been linked to drugs and other contraband as a method of anonymous buying. But what do drug dealer think of bitcoins? The answer is that very few are aware of the digital currency. While providing anonymity, bitcoins provide other challenges to drug dealers, such as how to convert sales into fiat currency as well as handling price volatility. Read More 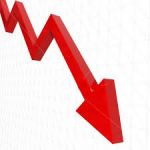 One of the knocks against bitcoin is its volatility which makes it difficult to be considered as a store of value. Recently though, volatility has declined, with prices staying in check between $600 to $630 for most of July. While consumers can benefit from a stable currency, the lack of intraday moves has led to a decline in overall exchange volumes of trading bitcoins. The result is the potential of a decline in exchange related profits, even as overall adoption of digital currencies has risen. Read More

Beyond bitcoins and major altcoins such as litecoin and dogecoin, reside hundreds of other digital currencies. Most of them have no differentiating value from other coins as they were created as jokes and pump and dump schemes. However, of the less notable digital currencies, some have been able to gain traction with growing communities developing products that support the coin. Among them, social digital currency, Reddcoin, received a boost this week as leading altcoin exchange, Cryptsy, added USD denominated trading. As a result, Reddcoin traders can now trade the digital currency directly with dollars, whereas in the past it was only available in bitcoin and litecoin denominations. Elsewhere, blackcoin, which is marketing itself as an ecommerce digital currency solution, has seen interest begin to fade after rallying in June. Previous demand was based on the coin’s integration with a merchant payment processing company, as well as the development of wallets enabling smart contracts.