Japanese foreign exchange brokerage Gaitame today reported its trading metrics for the month ending June 2016, which continued to illustrate a growing number of accounts and other key volumes figures, according to the company’s latest statement.

In terms of client accounts Gaitame saw a total of 422,437 accounts in June 2016, showing a slight increase of 0.7 percent MoM from 419,514 accounts in May 2016 or an increase of 2,923 accounts over the month. Gaitame’s June figures continue to build on a series of consecutive performances since the beginning of the 2016 year.

In terms of the group’s deposit totals in June 2016, Gaitame disclosed a figure of $1.1 billion (¥110.1 billion), reflecting a decrease of 4.3 percent MoM from $1.2 billion (¥115 billion) deposits in May 2016, despite the increase in the number of accounts for the month recorded. 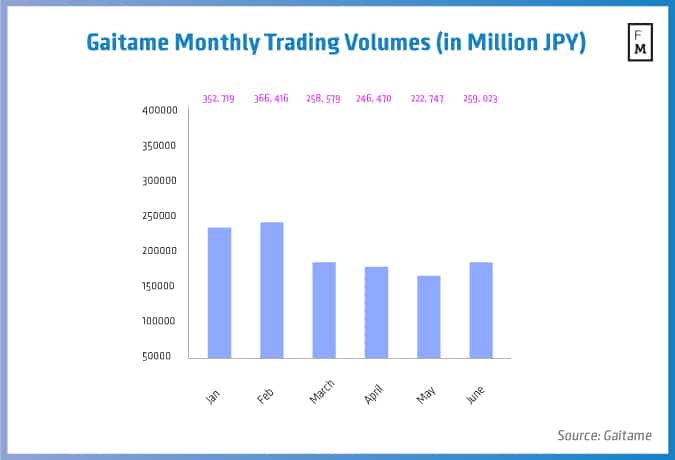 Share this article
Tags: financial-results / gaitame
Got a news tip? Let Us Know