Call centers have long been recognized as company profit centers. Even with the web driving billions of dollars in commerce each year, the call center as a sales organization (both inbound and outbound) still has a very significant impact on corporate coffers. Even agents not directly involved in revenue generation- customer support, service, and survey agents for example- are still responsible for ensuring that current customers stay customers, thus directly impacting company profitability.

we need to radically change how we view business intelligence

Companies are starting to realize, however, that their call centers are also generating an entirely new resource. Or, perhaps more accurately, they’ve been generating this resource all along. But, like the miners of old, they’re just now realizing that this new raw material – when processed correctly – has incredible value.

That material is data, and the ability to recognize it, process it, and utilize it will rapidly become the biggest differentiator between companies that thrive and those that merely survive.

The Two Types of Data

You’re probably already aware of some of the data that your call center is generating. Most of the call centers that we walk into display this data on their wall boards: basic KPIs like call length, call completions, calls per hour, and the like. This data generally leads to basic metrics and analysis – Joe made more calls than Bill. Janet sold more than Frank.

The astute call center manager, however, looks at these incredibly basic indicators and starts asking a very important question:

Why did Janet sell more than Frank? Why did Joe make 30% more calls than Bill in the same amount of time?

The very key to the next stage of your success is buried in that why. It’s called dark data. And, in order to start to dig for it, we need to radically change how we view business intelligence. Because your company, and more specifically your call center, is generating an unfathomable amount of it every single day.

An Introduction to Dark Data

Dark data is the data that exists between the lines of the information you already know you’re getting. It’s non-identified and doesn’t present itself unless it’s actively mined. Some might even completely overlook it at first glance; dismissing it out of hand. The reason is that they fail to understand that the key to recognizing dark data is to understand the importance of context. Without context, dark data will never see the light of day.

The context that you will analyze your dark data against must be created; it won’t simply present itself out of thin air. And, when it does, you have to be ready for it. It’s easiest to understand the process if you look at it from the perspective of a farm.

Crops take time to grow. They must be cultivated. They need attention and they need care. So, step one in this process is to cultivate your data. Farm it – grow it. Love it. Provide it with the resources it needs to become useful to you. Then, when the time comes, harvest it. The time of harvest, however, instantly puts a sell-by date, an expiration date if you will, on your data. Unless used prior to expiration, the context of this particular subset of data could be lost.

As a provider of VoIP telephony to companies doing business around the globe, Innitel has access to vast amounts of dark data about the usage patterns on our network. We decided to take a quick look at the data presented to us by the calls that were being made into Switzerland.

Without context, dark data will never see the light of day.

Using basic parameters presented by general call data; things like call duration, success rate, and time spent on the call, we found something very interesting. Although call volume is usually higher in the afternoon, the “cality” ratio (a term we coined to represent call quality) is consistently above 1 at 10:00 in the morning.

For the uninitiated, a quality score of 1 means that for every good call in the hour, there is also one bad call. So, a “cality” score of 0.5 means that in an hour, there might have been 5 good calls but there were also 10 bad calls.

The context of the “cality” score for this particular chunk of data could mean nothing. But, it could also mean everything if you have a sales team that makes most of their calls to Switzerland later in the day. The entire team is missing out on the morning swell and sales numbers will suffer greatly as a result.

Without proper context, however, this data could have just as easily been written-off as a sales team that didn’t know how to communicate with and sell to the Swiss.

The Dangers of Dark Data

Given the importance of context in dark data, the risk of confirmation bias is greatly increased. Let’s face it; big data has enabled us to do amazing things. But, among them, it has also allowed us to make bad decisions far more quickly and with far greater impact on our organizations that we ever could have thought possible.

Your front line defense when working within the context of dark data is to constantly – constantly – ask yourself whether the data really showed you what you’re saying that it showed you. Remember, we’re working with numbers and numbers don’t lie. Unfortunately, we’re incredibly good at getting them to say what we want them to say regardless. So, in the end, a proper analysis will give us the answers we’re searching for. But, it’s up to us to accept those answers.

Once your analysis is complete, safeguard as much of it as you can, within the proper context of course, so that you can come back to it if the need ever arises. Classify it according to your future needs – some will be archived as is, some will need to be destroyed based on its sensitivity, and some will certainly be set aside for further examination. Send that data to the appropriate groups as soon as possible so that it can be studied as close to the original context as possible.

With the right care and safeguards, your company’s exploration of dark data will yield a treasure trove of information that you likely have never considered. Not only will you have the information that you need to make key strategic decisions based on information presented in baseline data sets, but, once viewed against proper context, you’ll be able to go much deeper into the “why” of that data.

That “why” can be used to redefine every key aspect of your business; from call success rates to the programming of your predictive dialer. Each voice campaign or regular day of calls helps to ensure that you get better and better at predicting expected call times. Each campaign gives you more and more insight into key aspects of your voice marketing strategy.

We are taking things that, up until now, were simply informational and we are finally converting it to usable, actionable data. We just need to stay out of our own way long enough to do something useful with it.

Good one. I liked the title! 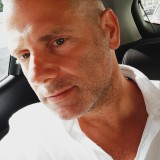