This article was written by Michael Oyebamiji, an FX analyst with major focus on G-10 currencies.

Since the election of Donald Trump we have seen a real divergence in the financial markets, not just in the US but global too.

USD touched a 15-year high at $100.55, gold prices crashed to an 8 month low, and the DOW Jones and Russell 5000 closed at record highs. The market is now anticipating a rate hike from the Federal Reserve with odds at 92%, and inflation is again a force to reckoned with. 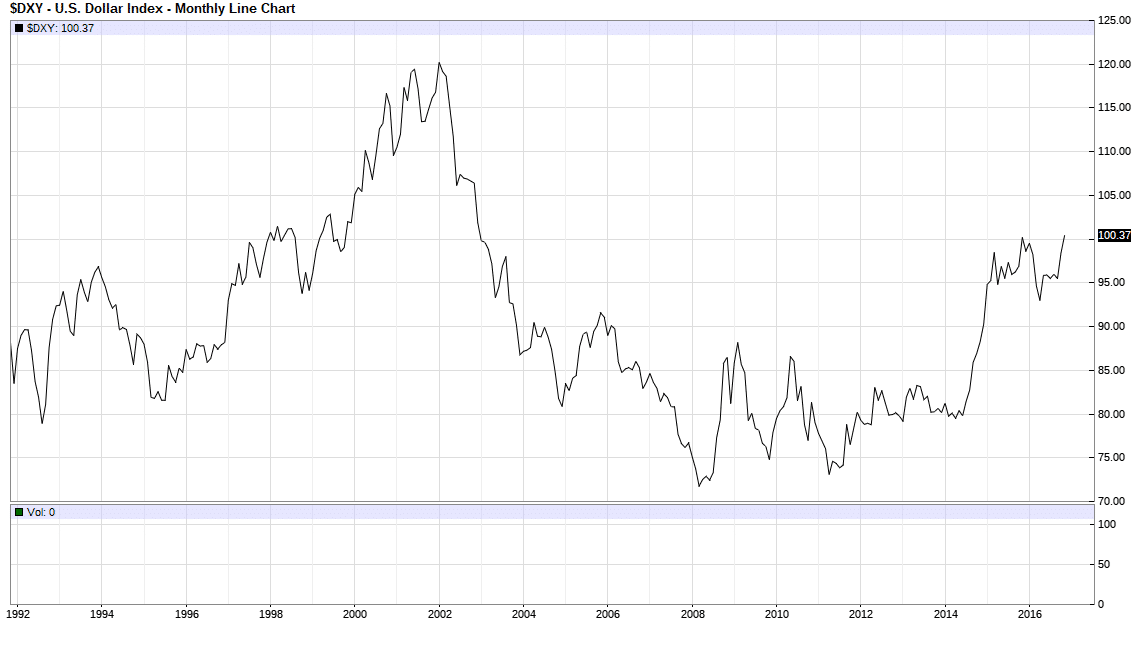 What exactly is responsible for these big moves in the market? They have been attributed largely to Mr. Trump’s victory with regard to some of his policies: massive infrastructure spending, tax cuts, GDP growth of 4-5% and a more pragmatic approach towards reviving the American economy in a manner quite similar to that of former President Ronald Reagan.

I personally think Trump’s presidency currently lacks policy direction and it is not really clear how he intends to achieve the aforementioned election promises. Congress is likely to frustrate him before passing any bill. Barrack Obama made a lot of promises in 2008 – he barely achieved half of them!

Without any doubt, infrastructure spending is what America needs right now, but how will it be funded? Mr Trump intends to tax imported goods into the US at 35% while business tax will be reduced to 15% and individual tax brackets will be 15%, 25% and 33%. This is a brilliant plan considering that it will increase household disposable income dollar spending, and stimulate the economy leading to higher GDP growth.

On the other hand, tax imposition on imported goods will increase the cost of imported goods into the United States, while tax cuts for corporations and income will also create a deficit hole and a fall in government revenue.

The next four years will be volatile for the market due to the uncertainties of Mr Trump’s policies; the US economy is likely to grow at a negative rate instead of the 4-5% GDP target. I expect financials and real estate to be the worst performer over the next four years.

In the FX market, EUR/USD and GBP/USD are likely to drop below parity while gold could drop below $1200.