It was a wild 48 hours of trading late last week in the FX markets, particularly in the GBP/USD and GBP crosses. Heading into the UK referendum (Brexit) vote, the market was pricing in a 75% chance that the UK would remain in the European Union, which saw the price of the GBP/USD move up into 1.5000 level initially.

However, as the voting numbers started rolling in, it quickly became clear that the majority of voters (although only marginally) where in favor of leaving. The realization of Brexit saw traders sell GBP currency against all other global currencies; the GBP/USD collapsed over 10%, moving back into mid 1.3000’s region on intra-day movement.

As the votes started, we initially saw prices surge higher, then lower, then back up before the big crash. In our previous weekly market commentary, we had warned that this volatility was possible and to avoid trading around the Brexit vote. We sincerely hope nobody got caught on the wrong side of the huge market swings on Friday.

Since the initial vote, there has been a huge push for a fresh referendum by voters who wanted Britain to remain part of the eurozone. More than 2.5 million people have already signed a parliamentary petition calling for a second Brexit vote. This puts some doubt on the future of the UK and the influence the results of the vote will have on parliament, it’s clear many people are still divided on the idea of staying or leaving the EU.

This might have an impact on markets this week and in the weeks to come, but it’s too early to tell at this point.

As we mentioned in our above notes, the GBP/USD has collapsed in what was the largest one day move ever for the pair.

Price has collapsed through major support at  the 1.3800-1.4050 area, while below we could see the selling continue. It’s not a foregone conclusion that prices will remain held down though, and we must expect the unexpected given the current market climate (high volatility).

The GBP/USD will have wider spreads in the coming days and weeks ahead to reflect this increase in volatility, and traders should expect huge movement in the short-term, potentially 1% swings or more on a continuous basis as the market tries to find its fair value and liquidity returns.

Traders need to make sure their stop losses are wider than normal this week and be aware that holding any positions carries increased risk whilst volatility remains, and most certainly avoid holding over weekend.

Many market participants would have thought the EUR/USD pair would have sold off more aggressively in the wake of the vote, but the market paired half its losses on Friday.

Given the way the chart looks after Friday’s strong buying off the lows, it’s too early to tell what direction this pair really wants to trade and it might be a good idea to sit on the sidelines until more price action unfolds and provides more clues for trading opportunities.

There is a key level at 1.1100 that is currently holding prices, and a continued move lower and facilitation below this level suggests price could continue sliding lower. It’s important not to automatically associate a correlation between EUR/USD and GBP/USD from here on out, after all the UK and Europe are due to ‘divorce’ and their economies are indeed due for major change.

As traders, we just need to be aware that the EUR/USD and GBP/USD charts must be analyzed as unique pairs and they will trade to their own tune, and we must continue to let the price action guide us, as always.

We will be waiting for a clean price action signal before committing to a direction or trade on this pair. Traders need to use wider than normal stop losses this week and be aware holding any positions carries increased risk whilst volatility remains, and most certainly avoid holding over weekend.

S&P500 – US stock indices sell off after Brexit vote

We can see a major price reversal occurred in the S&P500 on Friday after price tested 2114 resistance following the Brexit vote. Price collapsed through 2070-80 and 2030-40 support levels, an extremely bearish signal and this might be the start of a leg lower for the next short while.

Volatility will continue but looking to trade the downside looks the logical play this week. Look to use any dead cat bounce (upward movement) to get short (sell), and wait for a price action sell signal on 1 hour, 4 hour or daily, ideally around 2040-60 area.

In our previous weekly market commentary, we discussed looking to buy gold between $1242 – $1256 area on any pullbacks, in line with the long-term uptrend in this market. We can see that last week price provided a nice opportunity for us to buy in that support range as it pulled right back into it before exploding higher on Friday in the wake of the vote.

We remain bullish on this market and will be watching support levels closely for buying opportunities on any pullbacks in the coming days.

This article was written by Nial Fuller. Nial is a highly regarded professional trader and author. He is the founder of Learn To Trade The Market, the worlds foremost trading education resource. To learn more, visit www.LearnToTradeTheMarket.com 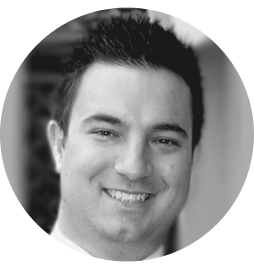 Learn To Trade The Market
www.LearnToTradeTheMarket.com
Nial Fuller is a Professional Trader & Author who is considered ‘The Authority’ on Price Action Trading. He has a monthly readership of 250,000+ traders and has taught 15,000+ students since 2008.