The headlines may read the US Federal Reserve is still mulling another rate increase in almost a year after raising rates from near zero last December, but I believe the financial markets have been telling us since early July that the central bank is going to do the deed before the end of the year.

Based on my analysis, something significant happened on July 6 to cause a major shift in the four major asset classes – the Dollar, Stocks, Treasuries and Gold. I think that was the date that the major players in the world decided that rates would have to go up.

The Fed had no intention of raising rates in July, August or September although member comments at those times certainly indicated it could. However, they were probably designed to test the market’s response to a potential rate hike.

In fact, I believe that the steep break in early September after hawkish comments from several key FOMC members was a major test to see what stocks would do in response to strong talk about a rate hike. The Dow posted a 400 point one-day drop at that time, prompting the central bank to take aggressive action a couple of days later to get the thought out of the minds of investors.

No Fed member wanted the Dow to break perhaps thousands of points shortly before the election as Fed Chair Janet Yellen invoked the “Not on My Watch” government rule. That took a September and November rate hike off the table, setting the table for the next rate in December. 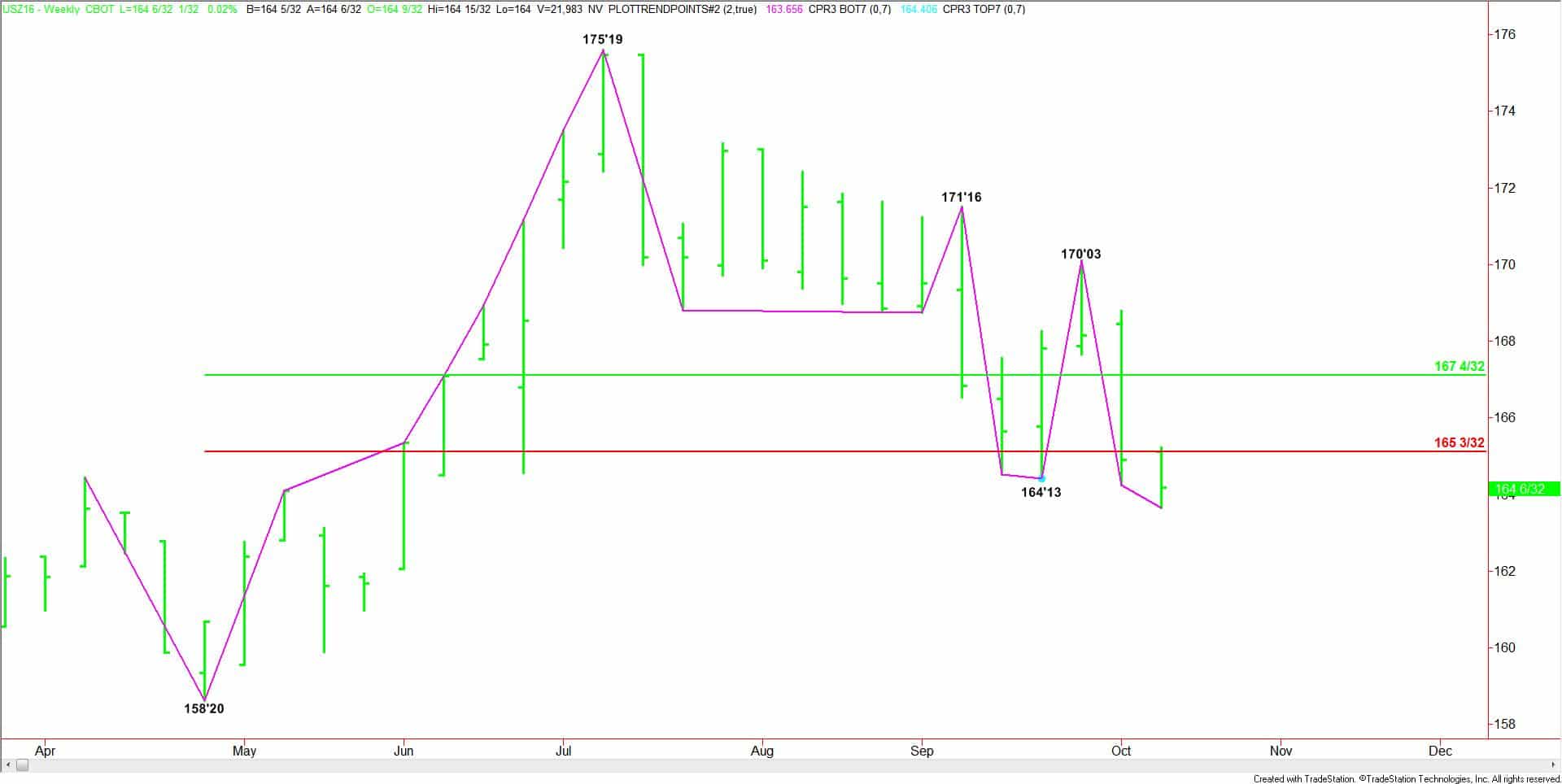 On July 6, the December 30-Year USTreasury Bonds futures contract hit a high at 175’19 and never looked back. As of October 10, it is trading at 163’21. Its series of lower tops and lower bottoms on the weekly chart are a clear indication of a well-establish downtrend. Treasury yields move inverse to the futures contract so they have been rising.

Late last week, the futures contract also took out the low established after the last Fed meeting in September. Furthermore, the market is now trading on the bearish side of a key retracement zone. These two factors support a rate hike. 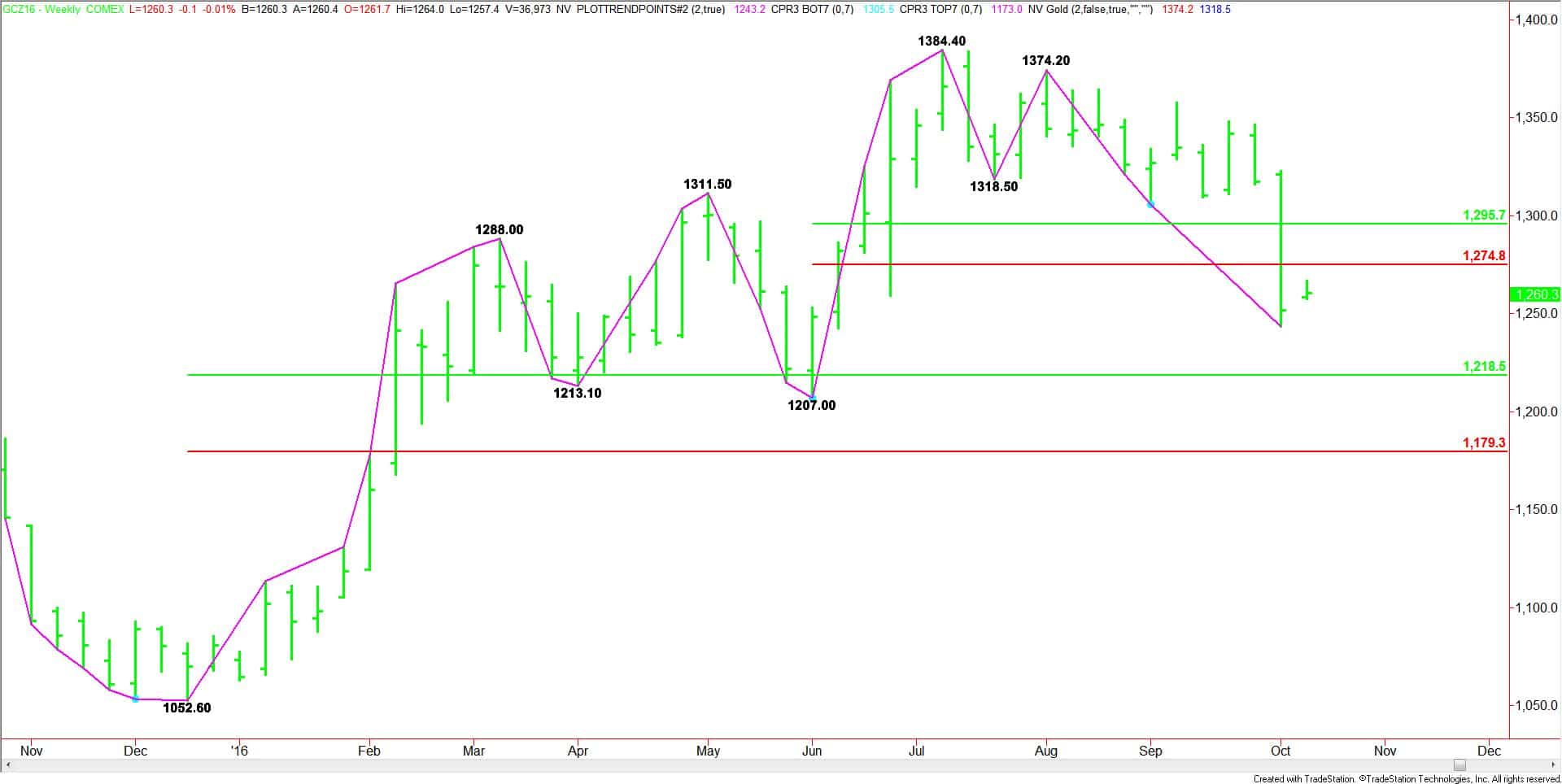 The December Comex Gold futures contract also topped on July 6 at $1384.40 and is also in a downtrend according to the weekly swing chart. Late last week, it hit a low at $1243.20.

It has posted a series of lower tops and lower bottoms, a clear sign of a downtrend. It is also trading on the weak side of its short-term retracement zone, headed into the major retracement zone at $1218.50 to $1179.30. Crossing to the bearish side of this zone will be the final confirmation that rates are going up. 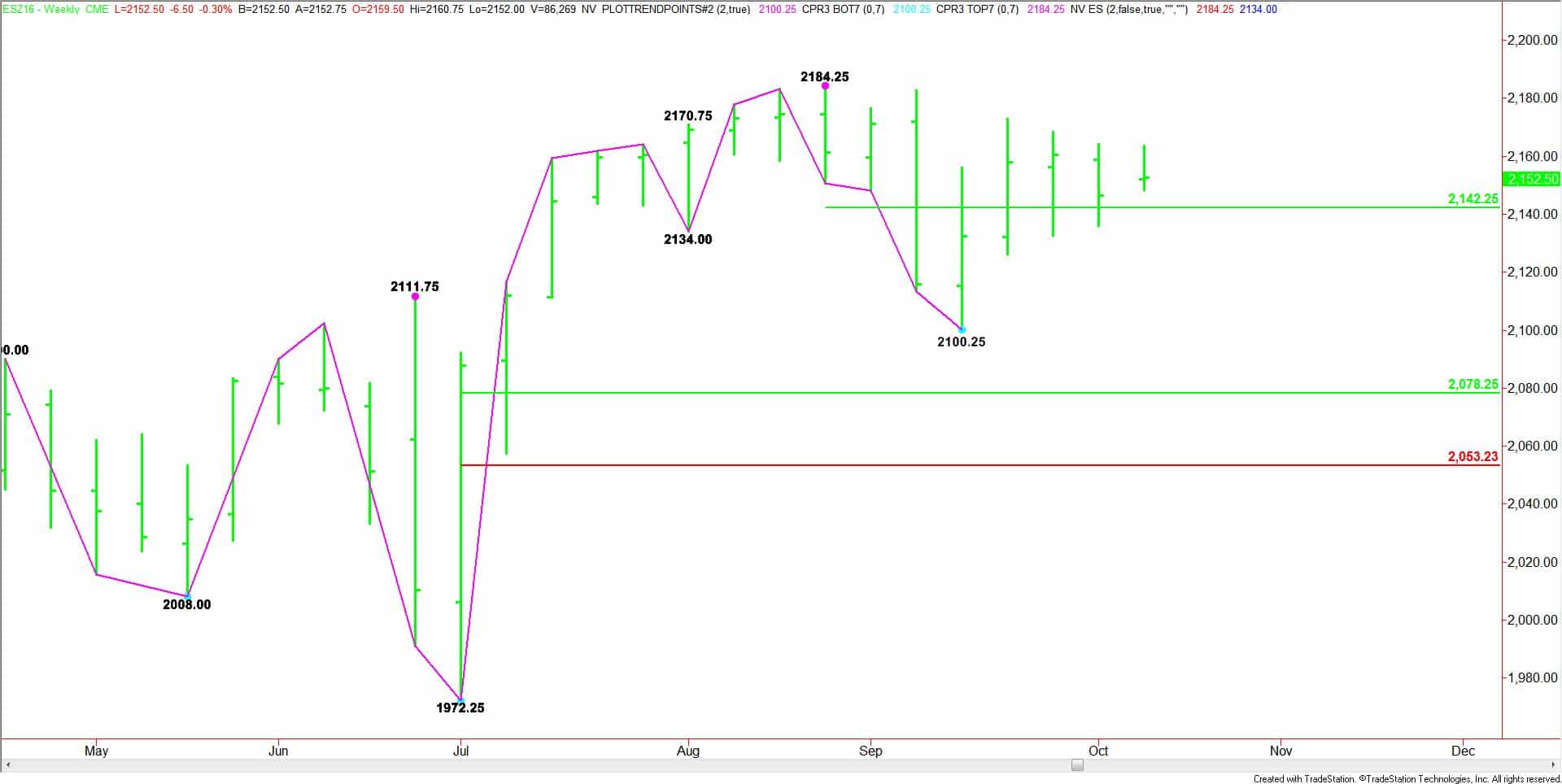 December E-mini S&P 500 Index futures made a bottom at 2057.50 on July 6 and promptly went on a prolonged rally into its August 23 contract high at 2184.25. It was the move after the top on September 8 at 2182.75 that caught my attention. This happened to be the day that two Fed officials said that the Fed should raise rates perhaps as many as two times before the end of the year.

The subsequent bottom at 2100.25 was formed after another Fed official basically said not so fast, the economy is not ready for a rate hike. Since then we have essentially straddled the mid-point of the trading range at 2141.50.

Stocks are a little different than interest rate instruments and commodities. Investors aren’t likely to just bail out of equity positions because of expectations of a rate hike. However, we could see some position-squaring on the news. The bear market will come when the frequency of the rate hikes begins to increase. At this time, investors are preparing for a December rate hike so there isn’t likely to be a surprise reaction.

T-Bond and Gold Traders Have Spoken: Fed Will Raise Rates in December
James A. Hyerczyk is a financial analyst for FX Empire, a leading financial portal. James has worked as a fundamental and technical financial market analyst since 1982. His technical work features the pattern, price and time analysis techniques of W.D. Gann.
wpDiscuz