Having grown up in a part of the Balkans that is known as the Pannonian Plain (super fertile land that envelops parts of Hungary, Croatia, Serbia, Slovakia, etc.) agriculture was a big part of everyday life. People grew their own fruits, vegetables, grains and raised livestock. As a child, listening to conversations of grown ups I learned how different factors such as weather, fertilization, humidity and much more affected the crop yields as well as the prices of these commodities.

Later in life as a professional, I learned how these commodities can affect countries and economies. One example of something I learned is Nikolai Kondratiev, who was a proponent of the New Economic Policy (which promoted small, private, free market enterprises in the Soviet Union), and Joseph Schumpeter, an Austrian-American economist and political scientist, describing economic activity as occurring in long cycles spanning 40-60 years.

This wave is similar to a business cycle, with alternating high and low growth, just on a larger time frame.

People have always been trading goods in marketplaces across the globe. In the next couple of blog posts I am going to present some commodities that are not only some of the most traded ones but are also the ones I have traded professionally in my career as an asset manager.

I will be describing these in detail in this series, looking at price movements and different factors that affect both the agricultural and industrial commodities. Here are some of the candidates you will read about in the next couple of weeks.

It is used to make clothes! Cotton is one of the oldest known fibres and the leading 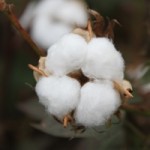 producers of the soft fibre are China, India and the United States. The US government has provided cotton subsidies to farmers since 1930, which directly hinders trade agreements around the world.

In 2005, cotton subsidies averaged $230 per acre of cotton farmland, amounting to $3.3 billion in subsidies. This is five times more than the subsidies offered to grain producers. In 2006, droughts throughout Texas and the southern belt forced cotton farmers to ration water and yielded smaller-than-expected crops.

The price of cotton can be subject to simple factors such as the quality; the cost of substitutes–especially wool (decreasing usage) and man-made fibers (petroleum based, synthetic and artificial, cellulose based), which are cheaper; the state of demand from the leading cotton consuming/importing countries such as China, India, Pakistan, Turkey and Brazil (and, particularly, within the most relevant sector, the textile industry). It is also affected by the value of the US dollar, as the US is the largest exporter of cotton.

The most abundant metallic element on Earth, this commodity is used in electronics, transport, construction, cooking utensils and food packaging. It is mined primarily in tropical parts of the world, with the largest known reserves located in the African country of Guinea.

Aluminium prices are subject to various external forces as well as other markets’ conditions. Changes in the industries that use aluminium in their products can have a significant impact on the aluminium industry itself. In addition, many of the end uses of aluminium are involved in the production of durable goods, which tend to fluctuate cyclically with changes in general macroeconomic conditions.

In the first month of 2015 there is so much uncertainty over the immediate direction of European aluminium prices and premiums that many traders have retreated to the sidelines and become inactive in the market. 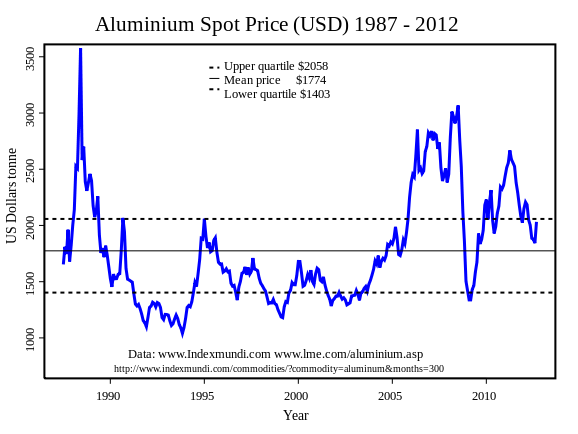 Fun Fact: Coffee beans aren’t beans at all, rather they are the seeds that grow on coffee trees. This cash crop only grows in latitudes between the Tropic of Cancer and Capricorn, and Brazil is by far the world’s largest coffee exporter.

In 2011 US roasters announced that they were raising coffee prices after arabica coffee futures fell from a 34-year high.

Roasters have widely been forced to raise their prices sporadically since June 2010 when the rally began, initially spurred by fund buying and then sustained by tight supplies of washed beans.

The popular beverage is still considered an affordable luxury in the developed world. In my article about coffee I will give you some historic data on the price moves both on the exchanges and the store shelves. one musing over what’s next in coffee trading can be found here. 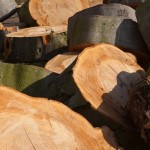 Lumber may be supplied either rough-sawn, or surfaced on one or more of its faces. Besides pulpwood, rough lumber is the raw material for furniture making and other items requiring additional cutting and shaping.

It is available in many species, usually hardwoods, but it is also readily available in softwoods such as pine because of their low cost. It is mainly supplied to the construction industry.

The Latvian forest sector is highly dependent on export markets. According to the State Forest Service data, 8.96 million m3 were cut in Latvia in 2008, of which 3.2 million m3 (or 36%) were exported as roundwood.

Production consumption and price decreased due to the falling of purchasing capacity after the world economic crises in 2008. Due to this, sawnwood prices declined and there was a drop in timber supply from Latvia. The price for stumpage also decreased because forest owners decided to wait for better times when the stumpage price would be higher.

Looking at the movement in the price of a basket of commodities going as far back as 1900 there are periods of low growth and periods of high growth. While the overwhelming trend for commodity prices is negative, meaning commodities get cheaper over time, it’s quite clear that since 2000 commodities have done very well.

This strong rise in prices for everything from oil to cotton to iron ore is what prompted economists and investment analysts to name this period a commodity supercycle.

However, while everyone was busy looking at the stock market, commodities have slowly stumbled, then fallen.

Share this article
Tags: brokers / commodities
Got a news tip? Let Us Know

Commodities Corner: Part 1 - Laying the Ground with the Basics
wpDiscuz