This article was written by Peter Tatarnikov, Chairman of the Board of The Financial Commission.

Regarding the Brexit and whether or not there will be a definitive ruling on FCA-regulated firms in the UK losing any EU-passporting rights, traders should check to see if their broker maintains separate regulatory statuses elsewhere in the EU – which could cover their place of residence.

Passporting is a practice within the EU that is permitted under MiFID that allows firms regulated in one EU-member state to have their regulatory licenses recognized by other EU-member states, depending on the type of passport and number of countries applied for by the firm.

As the effect that the Brexit will have across the UK and Europe remains unclear, EU-based and international traders who use brokers that maintain UK regulation should know which country their broker’s business entity is domiciled in, including the entities referenced in their customer account agreements, as this will directly affect the relevant regulations and place of jurisdiction.

For example, a client in the Netherlands that works with a UK-regulated broker may be concerned about whether the broker can deal with clients in the Netherlands after Brexit, but if the same broker also maintains separate regulatory status with the Dutch AFM  (under a different entity name – and not just through an FCA passport) then nothing would likely change -except for clients existing agreement to be updated – as that broker may already be covered in the Netherlands.

However, a client located in Germany dealing with the same broker may find their firm is not regulated directly by BaFin, and if the FCA firm loses its EU passports then it would not be covered in Germany, although it’s possible that through the firm’s Dutch regulation it could access EU passports into countries such as Germany (and may or may not have already done so).

The key distinction here is between whether a firm is just passported in a certain country, or whether it has applied directly with full registration and regulatory status (and not just for a passport from another EU member state).

At Financial Commission we periodically look at the regulatory statuses that our members maintain in various jurisdictions globally including in the EU and UK.

Therefore, with regard to a post-Brexit scenario, where UK firms regulated by the FCA may lose their EU-passporting rights, traders should check whether their firm has a separate independent registration with another EU regulator (not just a passport), and also check if the firm has obtained EU passporting through that regulator, or if they already have direct regulatory licenses in their country of residence within the EU.

Hello.
Thank you very much for this informative and eyeopening article. I would like to know if there is a way to find out whether a UK based brokerage/security firm have a “separate regulatory status”. As you mentioned in the article, passporting rights may be loss upon the brexit and the ability to operate in other EU countries unless they have full registration/regulatory status. 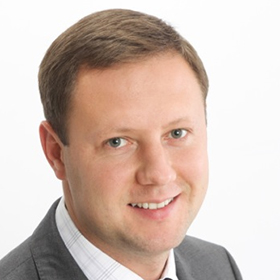 Financial Commission
financialcommission.org/
Peter has 12 years experience in the Forex Industry. He started his career as trading desk assistant back in 1999 and in 2003 he filled a Chief Dealer position in one of the largest retail Forex broker in Russia. In-depth knowledge of FX operations and high managerial skills brought Peter to a COO position at Forex Club USA in 2006 and in 2010 he earned a CEO chair. During his career, Peter designed and held over 200 seminars on Forex Trading. His professionalism and commitment has made him a well known FX market commentator and spokesperson for the retail FX industry.
wpDiscuz