During the first week of 2017 the top news in the international online trading industry involved an update on a broker’s IPO plans, regulators trying to make the business safer, new cooperations and the creation of an independent financial media group.

On Monday Finance Magnates attended a parliamentary meeting in Israel targeting binary options firms that market abroad. The discussion was completely one-sided with all speakers holding a negative view of the industry with no representative from the companies under discussion present.

The justice department representative explained that giving the Israeli regulator powers to ban what can be done with clients in other countries is an unprecedented move and it will take time to carefully draft such a proposal, as they must make sure that it will not infringe on the jurisdiction of regulators in other countries. Under pressure from the committee to get this done as soon as possible, the representative said that the draft could be ready in a few weeks.

On Tuesday CySEC unveiled a Whistleblower External Disclosure Form, which can be submitted directly to its Department of Market Surveillance and Investigations. In the form, individuals are directed to outline any and all episodes of market abuse and infringement, disclosing any names or pertinent information relevant to any investigatory measures.

The day before this, UFX issued an exclusive announcement to Finance Magnates highlighting the company’s response to the proposed CySEC rules limiting default leverage to 50x and putting a stop to bonuses. The broker first noted that it believes in robust and proportionate regulatory oversight of the sector in Cyprus in particular and Europe in general.

On Wednesday FxPro, a Cyprus-based and FCA regulated platform, signalled that it had cancelled plans to list on the London Stock Exchange, as the UK regulator threatens stricter rules for activities of firms selling CFDs to retail customers.

The company was working with Credit Suisse and Morgan Stanley over the potential initial public offering, and has been in talks in recent weeks with other firms in London over raising the public profile of the broker.

On Thursday we revealed that Live Analytics Inc, a premier provider of currency trading insights and analysis, has signed a definitive agreement under which Finance Magnates will acquire ForexLive.com. The combined media group is now one of the largest online financial trading content publishers. 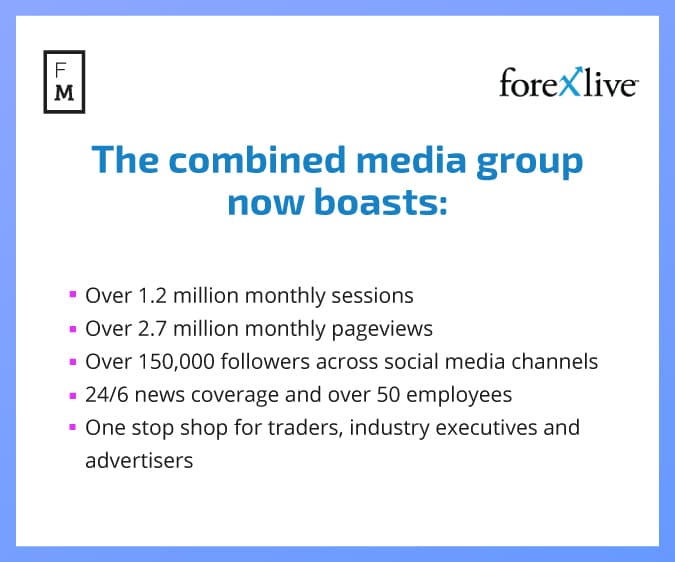 The day before we reported that Fullerton Markets, an online brokerage for foreign exchange and CFDs trading, has acquired FX1 International. The full financial terms of the deal have not been disclosed, however the transaction involves a seven figure sum. The cash deal sees the brokerage taking 100 percent control of the popular forex academy.

On Friday it was reported that STO (SuperTradingOnline) has joined the NetDania Markets concept. With the addition of one of the highest-rated mobile trading applications on the iOS and Google Play app stores, the brokerage is making a big commitment to traders that are keen to monitor and execute their trading strategies from mobile devices.

The concept has been at the forefront of NetDania’s foray into the retail and institutional trading market with a number of brokerages already offering the platforms developed by the Danish company to their clients.