The foreign exchange (forex) market in the Middle East and North Africa (MENA) region has been picking up speed over the past few years. Although hampered by conflict and low oil prices, the financial market in the region continues to show resilience and steady growth.

However, brokers setting themselves up in the Middle East can expand their coverage into North Africa, or even into sub-Saharan Africa, but the differences between the markets are vast. Nonetheless, one thing that joins these two markets in commonality is their huge forex needs.

GCC FX Markets Lead the Way in the MENA Region

The Middle East region is famous for its oil-rich countries, Islamic culture and rich history. Although the region was a late adopter of FX as an asset class, it has certainly picked up speed and in recent years, welcomed forex with open arms.

This adoption is in large part thanks to a growing investment appetite, large internet penetration, as well as an overall solid regulatory environment. 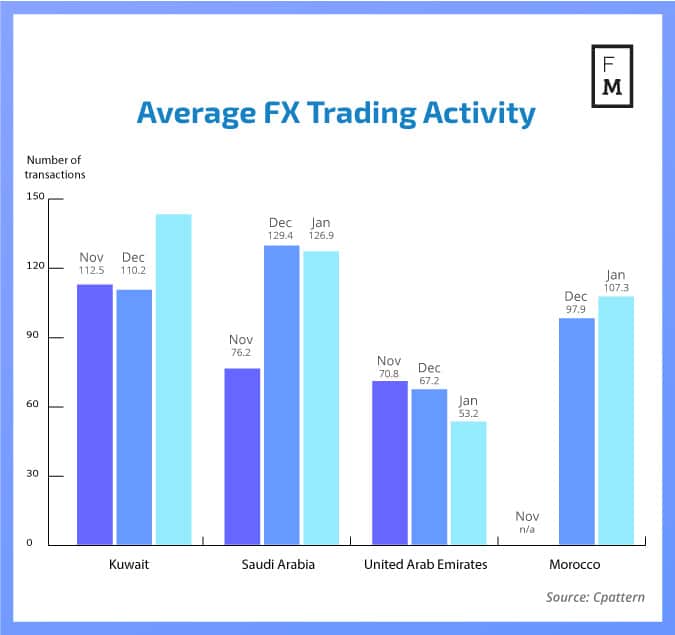 As far as size is concerned, the top three countries in terms of FX markets in the GCC region is Saudi Arabia, the UAE, and Kuwait. Out of the three, the UAE by far leads the way in terms of FX market size and maturity and thanks to investment into financial market infrastructure; the country now serves as a regional hub for retail and institutional traders.

The FX markets in GCC countries shows a lot of promise. In fact, Finance Magnates recently took an in-depth look into the FX market of GCC countries, including the UAE, which covered FX regulation, trading demand, and the future outlook. You can read our analysis here.

Another prominent market in the MENA region is that of Egypt, the largest of the Arabic-speaking countries. At one point, Egypt was looking like it was going to be a hub for FX in the region. However, unrest has stunted the market’s growth.

North Africa to Benefit from Growth in the Middle East

Tunisia, Jordan, and Lebanon were also trying to simulate the Cyprus model by offering a more organized regulatory environment for brokers. However, due to the unrest in the region, developing the financial systems has been given low priority.

Trading Demand in the MENA Region

Trading in the MENA region, like all markets, varies from one country to another. However, the change is not so significant. The most popular forex instruments are G10 currencies and common commodities, such as the Euro, Cable (GBP/USD), Gold, Silver and, of course, Oil.

Commenting on trading appetite in the MENA region, Samer Alkhaldi the MENA Regional Manager at Tickmill Ltd highlighted: “I personally have observed growing investor appetite for the FX industry in the last few years.”

“This is partly due to very low-yield environment with traditional assets such as Local stocks and bonds. Forex as an assets is a late adopter however, MENA’s importance is rapidly growing in the global market, especially with its retail leg.”

“This growth is due to increased investor awareness and many other reasons. The region also benefits from the time zone, enabling its participators to catch trading hours for Far East as well as US hours all in the same day.”

“Yes, I do believe it has growth potential, a significant one actually.  From the day our company was established in 2011 until today growth has been driven by two main factors.”

“Number two is the strategic location of the MENA region or in particular, the Middle East itself is really important.  The strategic location between Asia and Europe makes it a hub for international Forex flows. Also, the time zone in the Middle East enables traders to catch the best market opening hours worldwide whether in Europe, the US and Asia.” 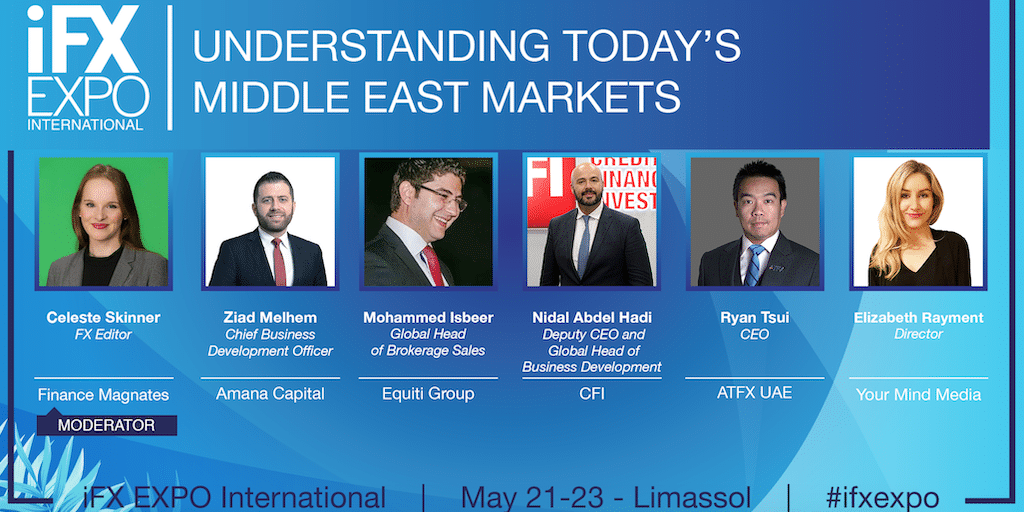 Melhem, along with other industry professionals, will be on the Gold and Glitter: Understanding Today’s Middle East Markets panel at the upcoming iFX Expo in Cyprus, which will be held in May. On the panel, members will discuss the current opportunities, unique regional factors, and potential in the MENA region.

The current regulatory environment in the MENA is mixed, with countries such as the UAE working towards an environment similar to that of Europe, whereas other countries within the region have minimal regulations if any at all.

Summing the situation up, Alkhaldi said: “Unfortunately, the region does not offer many options when it comes to regulations, in many countries Forex regulations does not even exist, in addition, in countries where regulations are available it’s usually a lengthy and not that simple procedure.”

“This obviously means that getting regulated is not an easy task for brokers, however, it seems that many regulatory authorities have already started moving towards establishing more flexible legal framework for regulating and licensing the Forex market due to the high demand and rising level of traders’ knowledge and expectations.”

The Future is Bright for the MENA Region

Over the past few years, the FX markets in the MENA region have been picking up steam. But will this continue? According to Melhem, growth in the FX brokerage business, particularly in the Middle East, is going to be significant.

“I think that global changes in the regulations, particularly, those that took place recently will still continue to contribute to the brokerage business in the Middle East and North Africa,” he noted.

“We envisage more international brokers moving part of their operations to the Middle East. Personally, I expect that more small brokers will transfer their full operations to the region simply because the market is growing and promising.  Additionally, the ability to expand coverage from the Middle East into sub-Saharan Africa and the Indian Peninsula highly support that,” Melham added.