This article was jointly written by Michael Pearl and Leah Grantz.

The UK’s withdrawal from the European Union induced an unease for many people and companies. Though the decision to detach from Europe is based on a referendum, a lot of uncertainty and concerns were and are still expressed. We from Finance Magnates sat down with Liam Maxwell, the National Technology Adviser to HM Government, to gain more perspective on how he and the government see the upcoming changes.

A little bit about Liam Maxwell. The former CTO of the UK Government for Digital Service took on the newly formed position of National Technology Adviser to the British Government in April. Mr. Maxwell is the first to be appointed to this role, which will require him to further the government’s efforts to develop technology, promote British interests overseas and strengthen the UK’s links with the Digital 5 (D5) group. This is a network of countries that are considered to be the world’s best digital governments. The network consists of South Korea, Estonia, New Zealand, Israel and the UK.

Before and after the referendum, some pundits, entrepreneurs and politicians warned about the perils of the Brexit. But now that the votes have been cast and counted, UK officials are stressing that this historic event can also be  an opportunity. We asked Mr. Maxwell where he places himself on that scale.

Mr. Maxwell has stated that negotiations with the EU are still underway, so nobody can predict what is going to happen. He further explained the political differences between the UK and the EU will lead to competition, resulting in new opportunities.

However, he stressed that in the short term, the Brexit won’t change much for both the EU and UK: “Take the millions of EU citizens living in Britain and the millions of UK citizens living all around the EU. Do you think that we’ll swap them now? Well, of course not!” He went on and gave the example of the data of the EU residents stored in UK servers. “This data will be treated and protected in a similar way. Nothing will change.”

London to Remain World Capital for Finance and Fintech

One of the main questions that leads the discussion on the Brexit’s implications is whether London will lose its status as one of the fintech capitals of the world. According to Finance Magnates Intelligence, the UK financial services sector (that employs some 1.2 million people) is one of the largest globally, representing approximately 9.4% of the country’s GDP, and flourishing mostly thanks to progressive regulatory and government policy and well-established academic networks.  London ranks highest in the world in terms of both the overall competitiveness of its financial sector and the strength of its FS human capital. 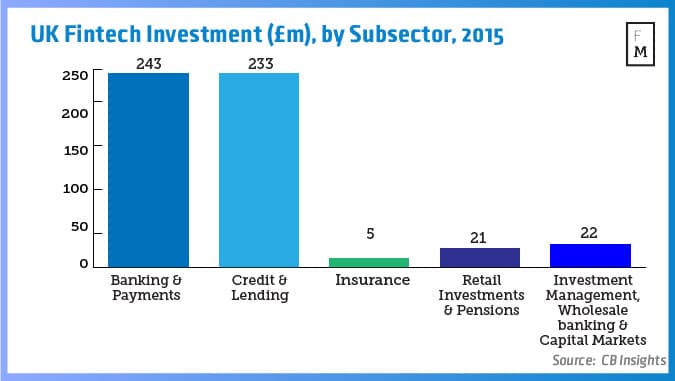 As for fintech, the British market is one of the largest and most creative in the world. According to UK government figures, last year the fintech sector employed over 60,000 people and generated £6.6 billion in revenue. The UK is also the third-largest region by capital invested in fintech.

There is much speculation regarding how the UK’s departure from the EU will change this situation. We confronted Mr. Maxwell with those claims and asked him for his opinion on these dire predictions.

“London is indeed a key global financial centre, and also an important fintech centre. There is no reason for that to change.” He added that the main factors that make London such a success will remain, or even grow.

“A tech company is all about making quick decisions, understanding the regulation, generating trust and linking with other communities. London has all these things, and more than any other city in Europe.”

He responded to recent reports that some 150 fintech companies have expressed their intention to leave London, mostly for Amsterdam and Berlin. “People move, it’s a fact of the global market. Berlin is a great place. Honestly. If they want to go, they can go. I just doubt that they will find all that they are looking for. London has the best conditions for a tech company. The network is still in London. The best people are still in London. Same thing about technology, regulation etc.”

He later appended: “We don’t intend to go against ourselves: we have great talent. British companies also invest in companies in Berlin and we don’t see it as a problem.”

He went on: “Geographical limits are not a problem anymore. Introducing short term plans is not going to help. Let’s put it into perspective what the real change is. Britain will continue to focus on making business and it’s going to make business with the EU. There are more computer graduates in India than graduates in the UK. Nowadays you are not bound to a place.”

He also stressed that even if there will be a certain contraction in the fintech market, the UK’s economy as a whole will not suffer, because there are plenty other segments that will flourish.

We then asked what the government is doing to calm the market and reassure investors and entrepreneurs that the UK is the right place for them. 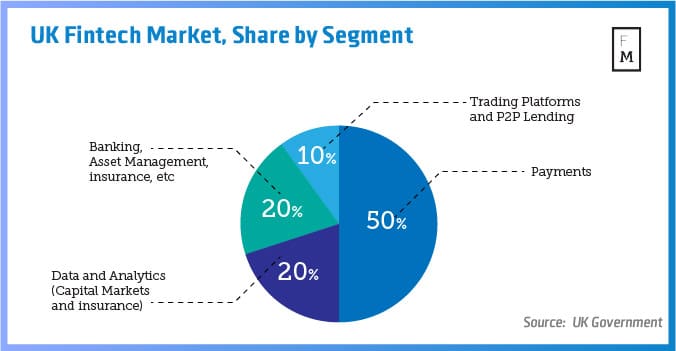 Mr. Maxwell reminded us of the swift and organized political change that the UK recently underwent. “We changed the government to have definite answers. This is the best reassurance that the positive things will not change. Now the new government is in power and it is managing this transition.”

The Real Concern: Legislation and Taxation

Upon leaving the EU, the UK will be released from most of its obligations to European legislation and will have to either re-legislate or cancel some of its laws that derive from there.

We asked Mr. Maxwell how this change in the legal framework will affect certainty in the fintech sector.

“First of all, we will remain in the EU for the next two years. During this time, little, or nothing, will change.” He went on and added that there is no reason to think that anything will be different after this period either.

As for taxation, Mr. Maxwell said that the comfortable conditions of the investors and the entrepreneurs will not change for the worse. On the contrary: “Taxation is indeed going to change, we already announced it. The tax burden will go down.”

A glimpse at the future

Finally, we asked Mr. Maxwell to predict what sector of the fintech industry will be next to grow in the fastest manner.

“The key to a successful fintech enterprise is reducing friction. Take the payments industry, for instance. You have the payer and the receiver, and between them a lot of friction, that is expressed by loss of money. Those who will manage to decrease the friction – will succeed.”

In his view, the next sectors that could grow are the mortgage or insurance industries: “There’s a lot of friction there (mostly on the operational level) and a lot of ways to make it easier for the end user – either by reducing costs or by reducing bureaucracy.”

The British Government on Blockchain Technology

A report conducted by the Government Office for Science at the beginning of this year presented the advantages of integrating blockchain technology within governmental bodies, with special focus on the services given to the citizens. We asked how open the government is to execute such plans.

“There is a huge potential. Blockchain could be an interesting tool for the government, and we are genuinely looking into promoting that technology. You can read it in the blogs that we published on this issue recently. Take, for instance, the abilities we have for identity security. We are the world leader with that respect.” He went on saying: “Transparency is extremely important and blockchain can be a great tool to reach that, along with maintaining security standards.”

However he was less enthusiastic about the idea of creating a digital government currency. 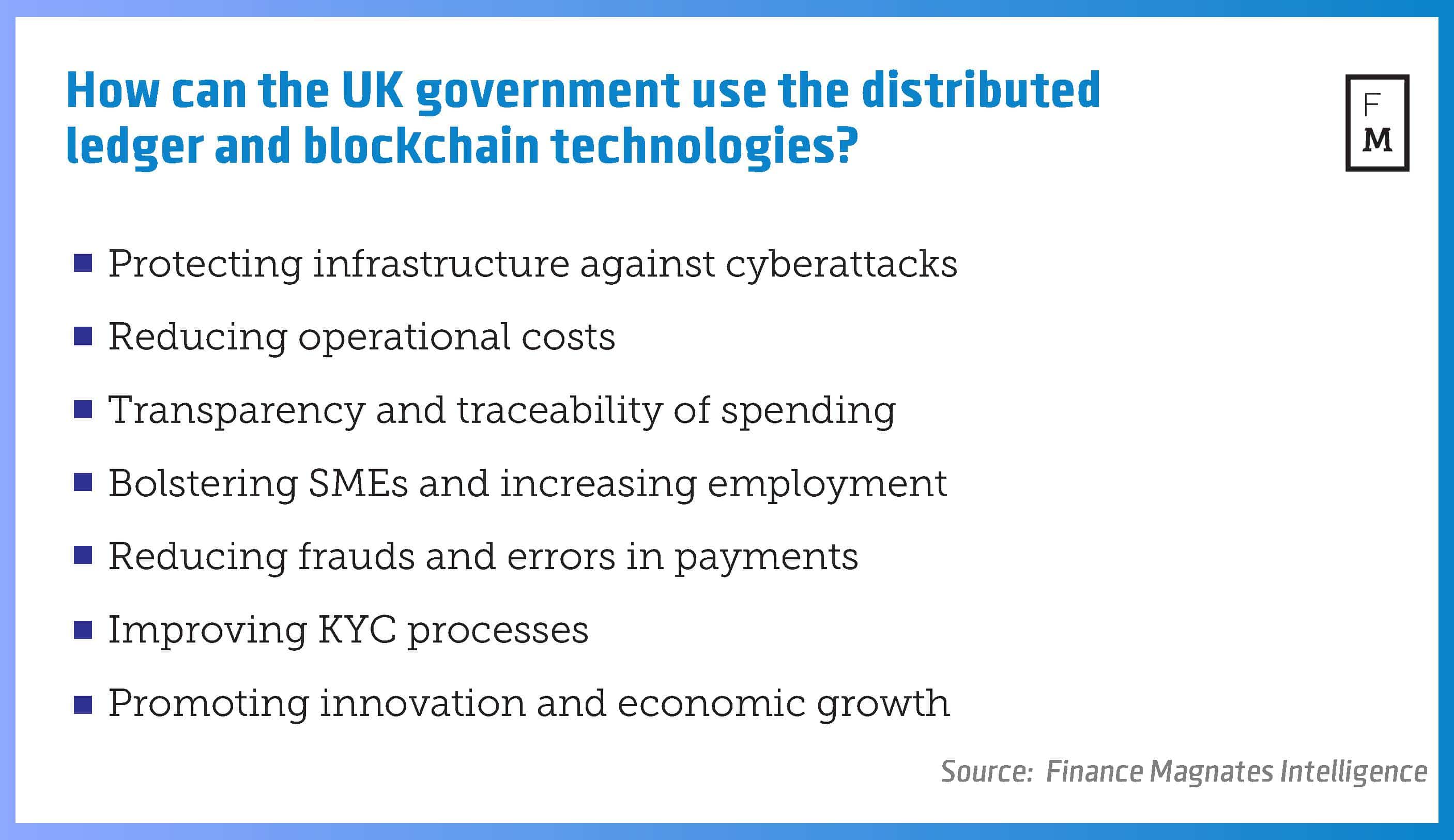 There is a famous claim that regulations can’t keep up with technological development. We asked where the UK stands in that respect.

Mr. Maxwell confirmed that it is indeed a big challenge to any government.

“The ability for governments to catch up in legislation with technology will always be a problem.” He later added that government bodies have ‘open policy groups’ in which they brainstorm with the private sector on how to improve regulations. “We have a very strong policy environment to have the confidence as an official to say ‘I actually do not have the answer to this. Let’s look into this’.”

As a step to making the government more transparent, the open policy group was launched in 2014. Over 4,000 civil servants from different departments and various governmental bodies have been actively approaching this vision.

Mr. Maxwell went on saying that one of the best examples for the progressiveness of the British regulatory framework is its policy on unmanned aerial vehicle (UAV). “Our drones policy is second to none. We have managed to coordinate between all the governmental bodies (such as the aviation authority) to find the best solutions for this sector.”

As a matter of fact, the UK has enabled companies such as Amazon to test their delivery drones. Amazon assesses its UAVs in the United States, Austria, Israel and the UK. Among all these countries, the internet giant enjoys its largest outdoor facility in the UK.

The future is now, and it appears that the UK government is already part of it.