Square’s holding in Eventbrite have more than doubled from $25 million to $61.9 million, according to a new report from CNBC. The massive gain contributed to Square’s $20 million profit in Q3.

Square has also caught the attention of investors worldwide because its own stock price has doubled this year. The company’s stake in Eventbrite shows a healthy effort to diversify–while Square’s simple payments business has maintained a rather steady growth pattern, Eventbrite has expanded through a number of new service offerings, including food delivery and lending.

In spite of the good news, however, Square’s stock prices have been dropping this week and over the past month. 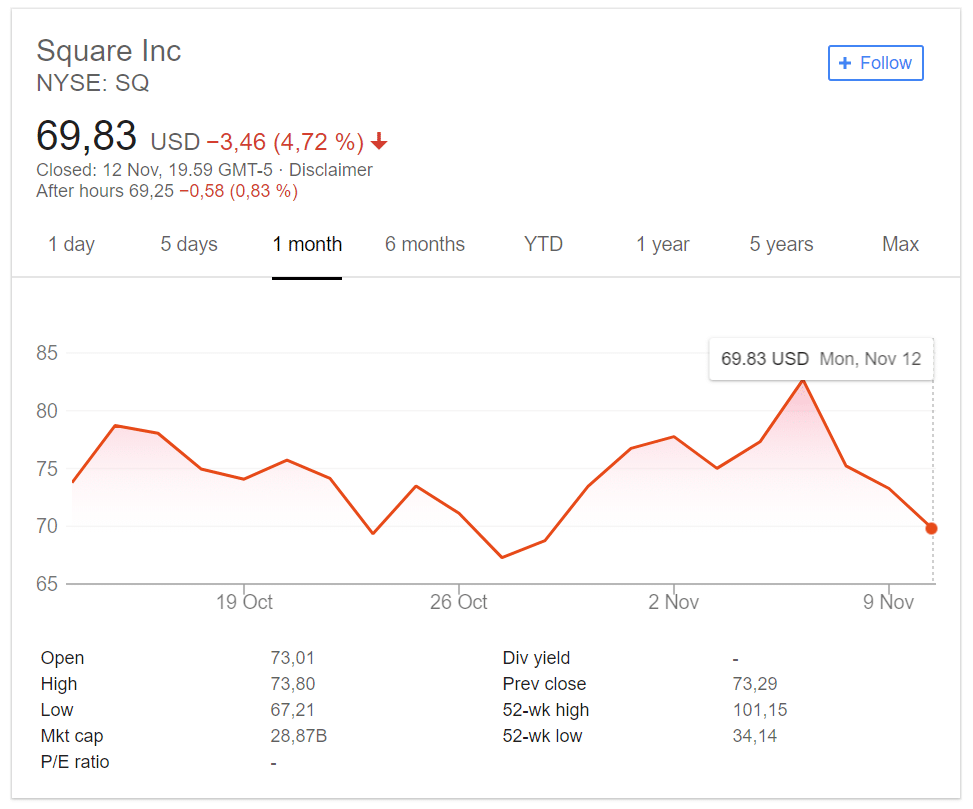 This is largely because the company also released a weaker-than-expected earnings guidance report for the fourth quarter. Adjusted earnings were predicted to be between $0.12 and $0.13 per share; analysts had originally predicted $0.15.

However, the company did also predict that adjusted revenue will be between $446 million and $451 million, a fraction above the average prediction of $440 million.

Additionally, the company’s adjusted revenue was $431 million, a 68 percent increase from last year. The figure also beat out the predicted sum for the quarter, which was $414 million.

Former CEO Sarah Friar is Noted for Her Savvy

Square’s investment in Eventbrite and other gains have been attributed to Sarah Friar, the company’s former CEO. Sarah just stepped down from Square to become the CEO of Nextdoor, a new social networking company for neighborhoods.

Friar said that this is the sixth quarter in a Row that Square has seen an acceleration in sales. The Financial Times reported that sales were up 56 percent compared to last year, excluding acquisitions. “We continue to drive strong revenue growth at scale,” she explained.