XTB, a foreign exchange (FX) brokerage and recently listed addition on the Warsaw Stock Exchange (WSE), has promoted Omar Arnaout to a new senior role with the group. He will assume the position of Regional Director of Poland, Germany, Hungary, and Romania, Finance Magnates has learned.

In his new role Mr. Arnaout will be based out of Warsaw, stepping into the position with immediate effect. In this capacity he will be oversee the management of XTB’s Polish, German, Hungarian, and Romanian branches.

The promotion follows on the heels of an earlier appointment this year in which he was elevated to the role of Director of Poland and Hungary back in August 2016. Additionally, he has served as a Product Owner and Business Analyst for XTB SA, with other stints as the Associate Director and Head of Retail Sales at XTB UK, dating back to 2014, according to information made public on his Linkedin profile. 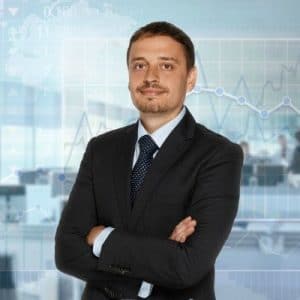 He originally began his career at XTB SA back in 2007, which paved the way for subsequent roles at XTB Romania and Italy.