Mr. Al-Hammoury has been one of the group’s more vocal figures in recent years, having appeared on CNN, Bloomberg and other networks. He also has over eight years of experience in focusing on FX and global economic developments, having originally joined ADS Securities back in 2013.

During his time with ADS Securities, he focused on the FX space, whilst being based out of the United Arab Emirates. In this capacity he has garnered numerous publications and public appearances, which also included a number of seminars and educational sessions. He originally worked as ADS’ Market Strategist, paving the way for an eventual promotion in 2014 to the group’s Chief Marketing Strategist. 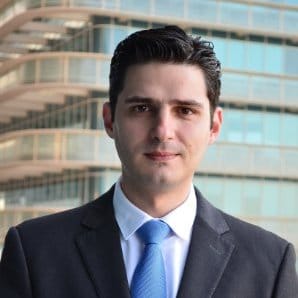 Prior to joining ADS Securiites in 2013, Mr. Al-Hammoury held senior level roles at Markets.com and Amana Capital. Additional stops also include Forex Place LTD and Essa Capital Market Investment, among others, according to information made public on his Linkedin profile.

ADS Securities recently made a tranche of hires last month after it made three executive appointments for both its corporate headquarters and its London office. Marco Baggioli, Paul Webb, and Mathieu Ghanem each found themselves in new roles.

Share this article
Tags: Ads Securities
Got a news tip? Let Us Know