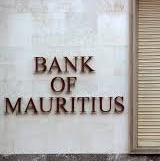 The Bank of Mauritius has filled a key vacancy following the recent firing of its governor, Rundheersing Bheenick, selecting Ramesh Basant Roi as its new central bank governor.

The outgoing Bheenick had repeatedly been at odds with the government in Mauritius which, along with other factors, led to a divorce with the central bank. Mr. Basant Roi joined the Bank of Mauritius back in 1976, previously serving as its governor between 1998 and 2006.

Mr. Basant Roi’s reappointment was paved by the departures of Rundheersing Bheenick and one of his deputies, Mohamad Issa Soormally. Mauritius is a curious case for the financial industry, having established its role as a niche locale for many types of investments, including FX, which now boasts a number of brokers.