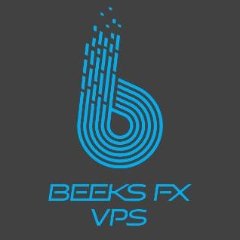 5. How can non-algorithmic traders benefit from a VPS or from a low latency?

We’ve done a lot of testing on this matter – if you look at a major announcement like the FOMC, the market is moving 150 to 200 times a second. If a client is manually trading in a distant region of the world, he will not see a lot of the price changes, because each tick is taking a third of a second to get to his screen. If the market is moving 300 times a second, the trader will be lucky if he sees 20% of the price changes just because the client terminal can’t keep up with it. If the client has a VPS he can see all of the price changes happening and the price ticks, however he will still have the latency from pressing his keyboard key on the local device, and there is no getting around this problem, but at least he will be able to see the full market movement. If a trader is not trading during news and he is trading manually there is pretty much no benefit from using a VPS

I don’t think it varies much from the overall number of traders around the globe, but our biggest growing segment are the developing countries, where there’s a lot of interest from customers in the Far East and Australia. We do have a very big US client base because of partnering with FXCM and Forex.com, but there is not much scope for growth there.