The hacking was rather minor compared with other attacks on cryptocurrency firms with fewer than 260 accounts compromised, and less than $85,000 worth of Steem stolen. Despite this, the platform has taken a proactive approach, quickly notifying all clients they will be reimbursed in full and contacting relevant legal authorities for help, including the FBI.

Now Steemit CEO Ned Scott writes: “The Steemit team is finalizing its analysis of the cyber attack and determining exactly how much Steem and Steem Dollars were stolen from each account. Once we have completed the full account of lost tokens, we will reimburse every compromised user as promised.”

As for the Steem cryptocurrency, it has increased by over 40% in the last week after it already jumped over 1250% since its first payout. The total market capitalization of Steem has surged from $260 million last Wednesday to a height of $381 million right now, cementing its place as the 3rd most valuable cryptocurrency above Ripple and Litecoin. At about $3.3 million, Steem’s daily trading volume is about double that of Ripple and Litecoin combined, while still very much dwarfed by those of Bitcoin or even Ethereum. 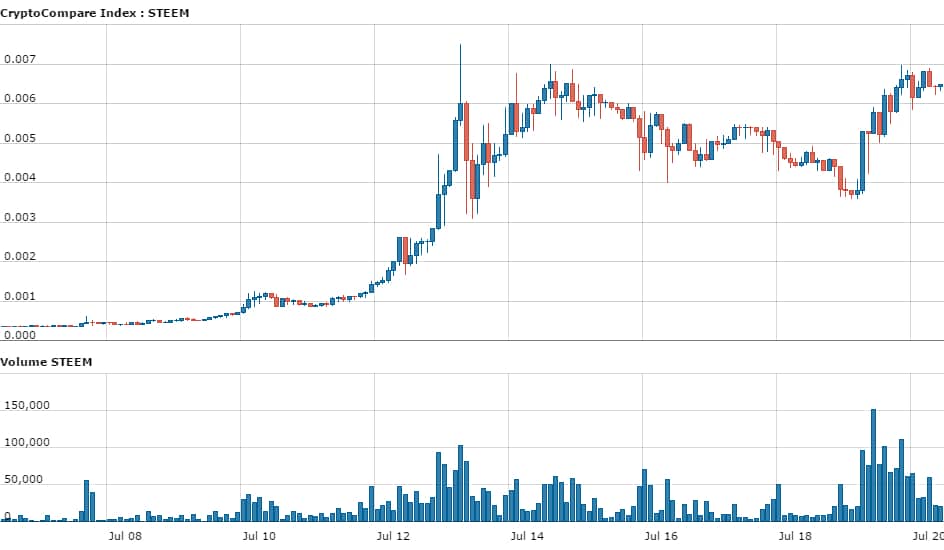