If you thought the recent bitcoin rally would be a smooth sail upwards you were in for a rude awakening yesterday. From a high of around $725 the price of Bitcoin dropped as low as $625 during the same day. However, if you were quick to jump ship yesterday you might be disappointed as well; the price of recovered today and now stands at about $670 again.

One possible reason for the drop is a couple of brief service outages at one the biggest BTC/USD excahnge by volume, Bitfinex. The firm explained that the issue was just network instability with its data center but this could have been enough to scare off a few traders still jittery from the DAO collapse. 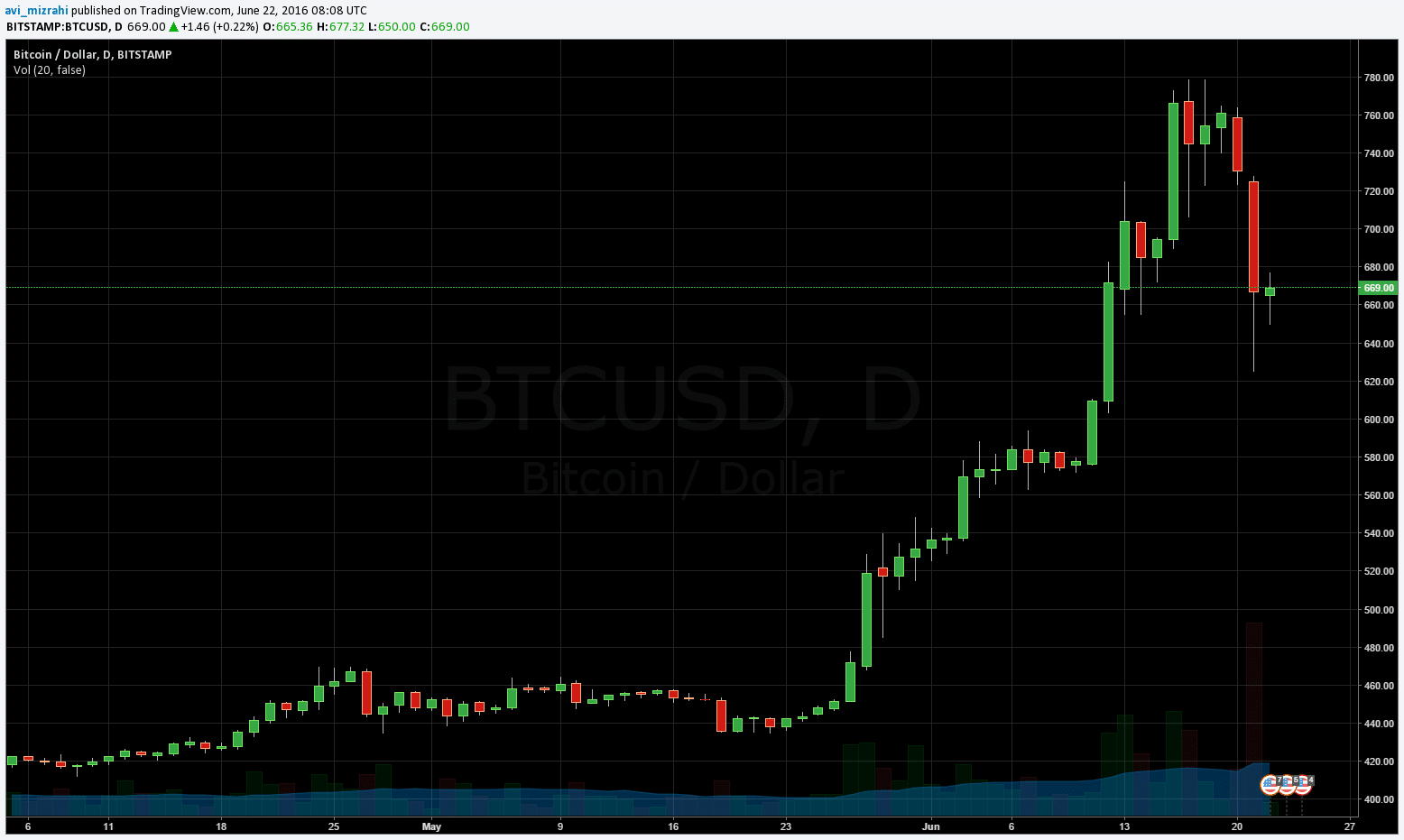 Meanwhile, Bitcoin’s largest competitor – Ethereum – has been able to hold its ground after the initial shock it sustained following the massive hacking of the DAO. After trading for as low as $11 yesterday, the ETH/USD excahnge rate is back around the $15 level – the same as it was shortly after the DAO attack.

Ethereum has more ground to recover before it can reach the $20 level again but at least the stop-gap measures taken by the developer community has been able to bring its market cap to about $1 billion again. 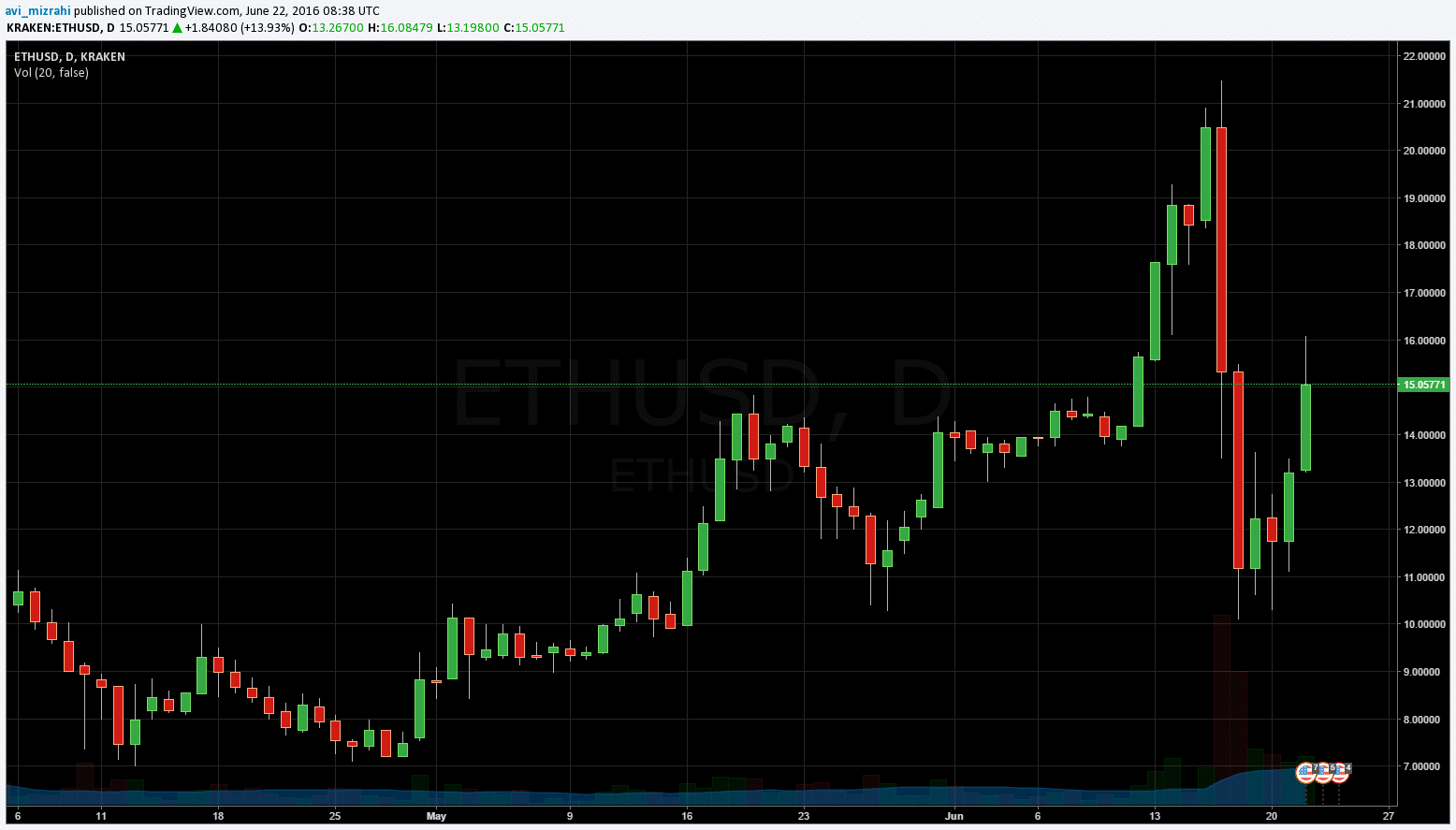