Synereo, a Tel-Aviv based startup developing a decentralized, open-source social network, has revealed today that its product will move into alpha this September. Synereo’s alpha is built as a smart contracts app on top of the company’s distributed tech stack, which utilizes blockchain technology to enable a peer-to-peer internet.

The blockchain-based social network disrupts the current model of social media by giving control back to the users over content, personal information and monetization. Furthermore, contrary to the established social platforms like Facebook and Twitter, Synereo’s social network cannot record or store personal information of any kind, and does not sell it to third parties, or target users with ads. Instead, all network transactions and relations are encrypted on a distributed ledger and accessible to permitted parties only.

The Synereo network operates entirely without central servers or data centers. Instead, the network compensates users for contributions of storage and computation power when they support the distributed network with their personal devices. Additionally, the startup means for the social network itself to adhere to the principles of the attention economy, providing users with monetary rewards for creating and curating content that people like.

Synereo alpha will include the ability to post simple text and images, #hashtags and a decentralized search. Additionally, users will be able to promote content by charging their posts with the test network’s native cryptocurrency (called test AMPs). Accordingly, users will be compensated with said AMPs when viewing promoted content. 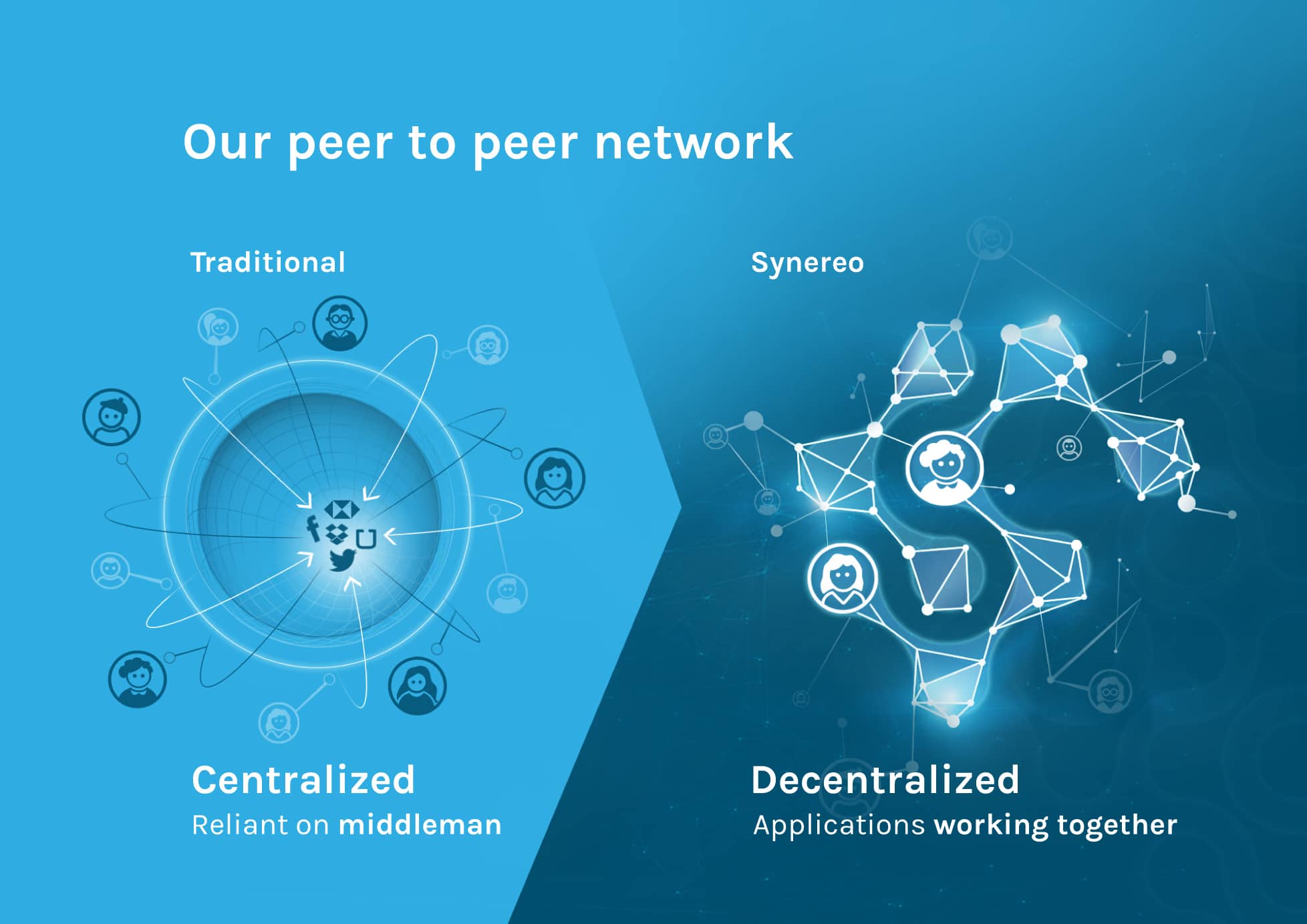