Lisk is a decentralized applications and custom blockchain platform meant to be an easier solution for developers as it uses JavaScript, the popular programming language unlike Ethereum that created its own script. It raised 14,000 bitcoin (about $6 million) via crowdfunding and has now expanded into several new global markets in the first six weeks since its official launch.

After initially launching on Bittrex and Poloniex, Lisk now trades on 18 exchanges, including new regional additions in China (Yunbao.com, Jubi.com, BitBays.com and Touzibi.com), Russia (Livecoin.net), Poland (BitBay.net), and ChameleonBit (Brazil). Lisk trades under the LSK symbol on all of these exchanges, and it has been a top ten cryptocurrency by market cap since its trading debut. Poloniex now even lists a LSK/ETH pairing, allowing traders to trade it directly with Ethereum.

Lisk CEO and co-founder Max Kordek explains that he has been recruiting developers and evangelists globally during his period, including major presentations in China, Russia and Ukraine. He says that these have in many cases been accompanied by rapid adoption and an uptick in trading in these regions.

“We recognize at Lisk that blockchain applications are automatically global,” said Kordek. “Therefore, we made the rapid globalization of our developer community and exchanges an immediate priority. We are pleased that the Lisk message of scalable blockchain applications using sidechains and the ability to port over existing programs written in JavaScript has been so well received.” 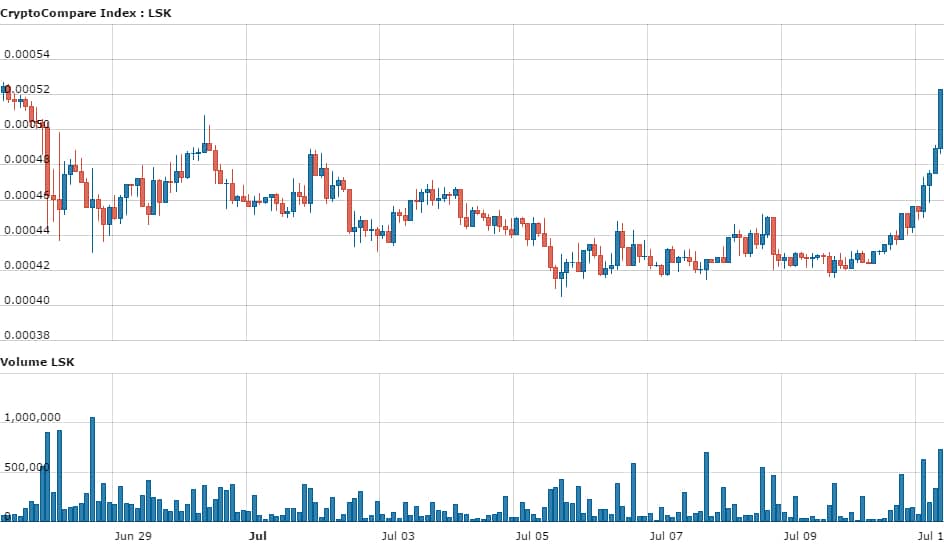 Share this article
Tags: cryptocurrency / Ethereum
Got a news tip? Let Us Know