The Financial Futures Association of Japan (FFAJ) has released its over-the-counter (OTC) FX and binary options figures for the month ending August 2016, which saw a MoM fall in trading volume after reporting increasing figures in the preceding two months, according to FFAJ reports.

Looking at the binary options figures, the FFAJ saw its total monthly retail trading volume come in at $344.8 (¥35.2 billion) correlating to a fall of 21 percent from $440.1 million (¥44.6 billion) in July 2016. Although July’s figures showed an improvement over the previous month’s, this month’s decline reflects the typical reduction in trading volumes we can expect to see during August. 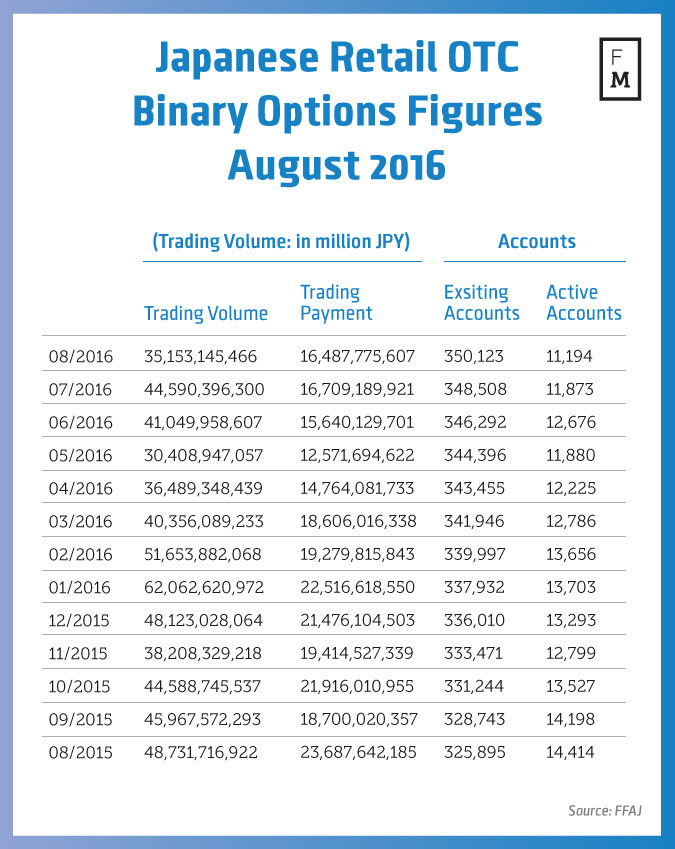 In terms of existing binary options accounts, the FFAJ yielded figures of 350,123 for the month of August 2016, compared with 348,508 accounts in July 2016, corresponding to a marginal gain of 0.46 percent MoM. By contrast, the group’s active accounts fell to 11,194 in August from 11,873 in July, or -5.7 percent MoM, indicating a further loss in this space for the second consecutive time since May.

There was also a decline in the USD/JPY which fell to a volume of $170 million (¥17.3 billion) or -3.9 percent after the previous month’s noteworthy jump of 25.9 percent MoM.

The volumes for the month ending August 2016 generally show a sizable decline across the number of contracts and volumes traded by across the industry fuelled by lingering volatility after the Brexit vote which impacted on a number of currency pairs, coupled with the seasonally low trading volume lows experienced in this sector during August. 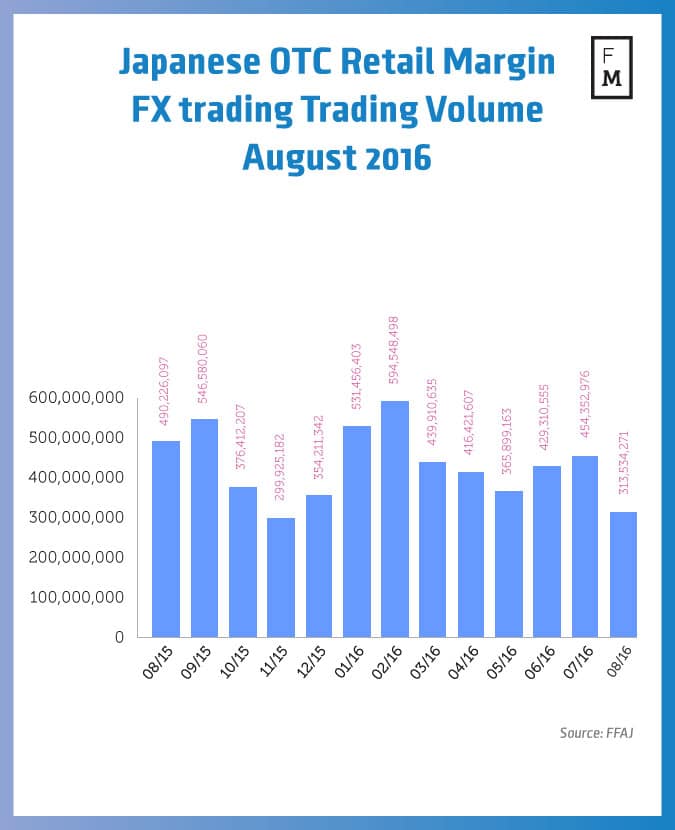 Share this article
Tags: FFAJ / Japan
Got a news tip? Let Us Know