The Bull Run on the US dollar has dominated most discussions in the currency world. Recently, the strong dollar has begun to even generate foreign exchange losses among multinational corporations as their earnings abroad get discounted by converting into US dollars at reporting times. Furthermore, expectations of a lift- off in interest rates, makes the Bull seem unstoppable. It appears one cannot escape the Bullish sentiment wave of the US dollar.

Let’s take a closer look at the CNY/US dollar relationship. 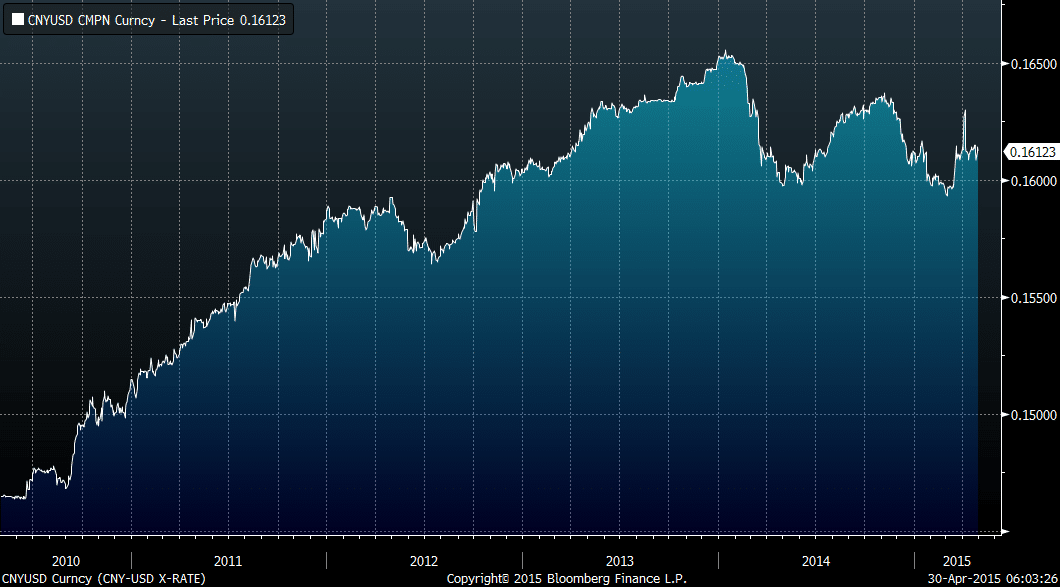 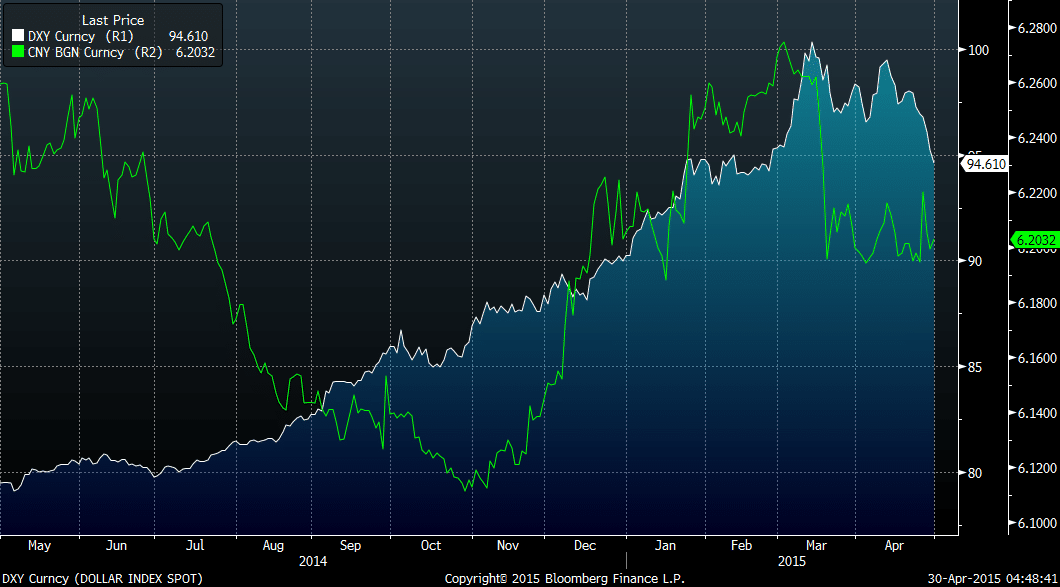 We can see that for an individual trader, the trading opportunities in the spot CNY market are not there unless significant amounts of money are traded to capitalize when the spread widens. An EFT that focuses on trading the yuan variations might be a better alternative to consider. Let’s take a look at one ETF – The WisdomTree Chinese Yuan Strategy (CYB). In the case of CYB we can see that this year it has been able to improve its performance and it’s probing a new high.  However, it isn’t an easy task.

Whether the US dollar maintains its strength, or not, the Chinese yuan/dollar relationship presents an example of relative stability in an ocean of currency volatility. In Shanghai today, a double expresso costs 19 yuan or RMB. This translates at a current spot rate of 6.20 CNY to the dollar to $3.06. In the United States, a double expresso or Doppio, as it is known, costs $2.12. The Chinese currency would appear to be overvalued. If it was allowed to flout, the cost of that double expresso at Starbucks, all things being equal, would be close to the US price. Yet-Don’t bet on much of a change.